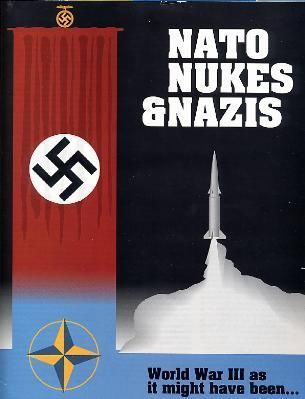 World War III as it might have been... An alternative-history simulation of a war which occurs in a world where Nazi Germany survived the Second World War and decided to make another stab at planetary domination in the early 90s. They are opposed by an alliance of North Atlantic democracies. The game is a two-player operational/strategic level game that speculates on the military trends which might have developed had Germany continued to build weapons based on those planned in 1945. Three scenarios and a Campaign game are included to provide a full range of hypothetical options. Each side gains victory points based on 'Political Points' and other objectives (which vary depending on the side played). The player with the higher total at the end of the scenario is the winner... the ratio of points gained determines the level of victory. The game includes a full colour 34"X22" map, 400 counters, charts, and tables. Rules covering all aspects of Modern Warfare (including mobilization, ground, naval, and air attacks, political events, intelligence, and nuclear weapons) are included as well as extensive designer's notes.