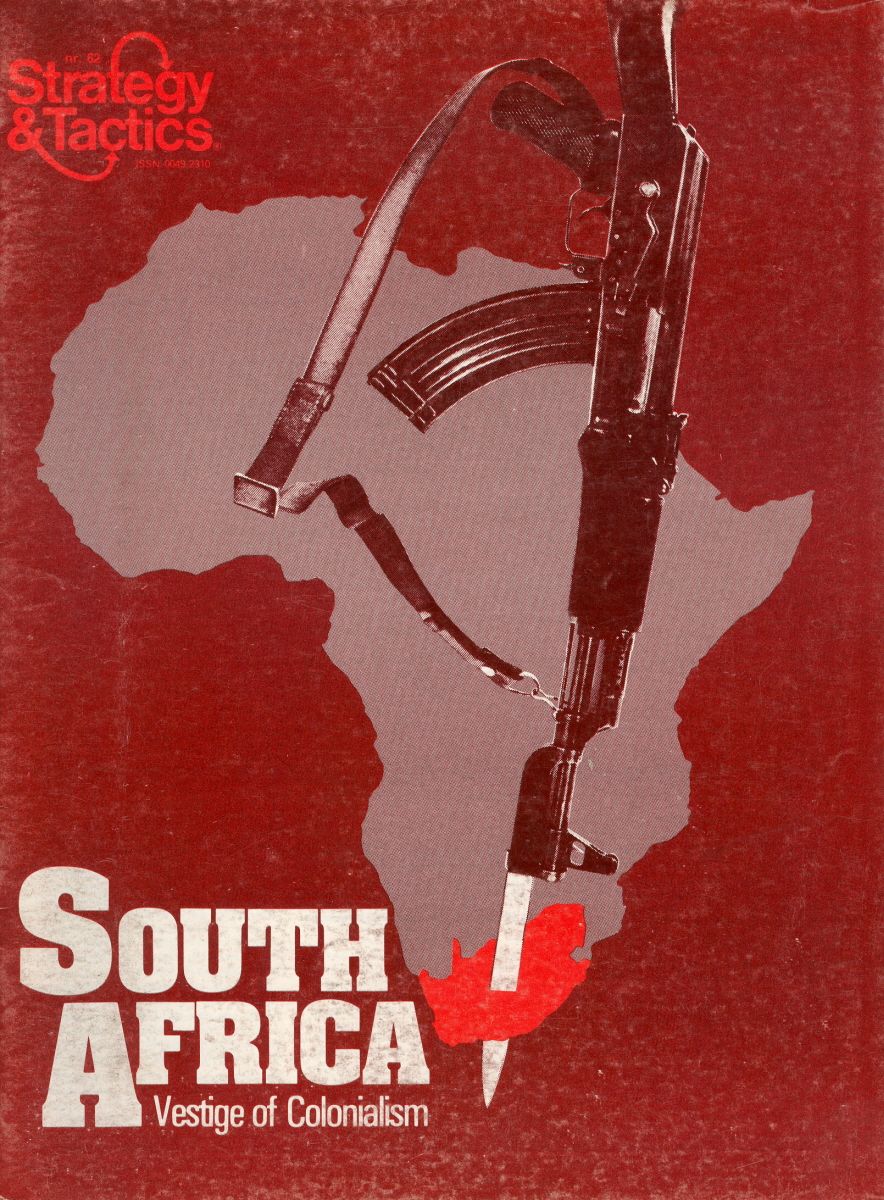 South Africa: The Death of Colonialism, is a two-player operational level simulation of a possible revolt of that nation's Black majority (Black Nationalists) against the White South African government (Republic of South Africa Government) and of the government's reaction to such a revolt. Subtitled 'The Death of Colonialism', this game was first published in Strategy & Tactics magazine #62. Victory points are awarded each player for reduction (or destruction) of their opponent's units and control of certain map hexes. An automatic victory is attained if the ratio of points gained by either player reaches 3:1, otherwise play continues indefinitely (the standard scenario postulates that the Republic of South Africa will eventually collapse). Variable events can prolong the game each turn until one side wins (or surrenders). Game Scale: Turn: 1 Week Hex: 37.2 Miles / 60 Kilometers Units: Company to Battalion Game Inventory: One 22 x 34" full-color mapsheet One dual-side printed countersheet (200 1/2" counters) One 8-page South Africa rules booklet One 6-sided dice