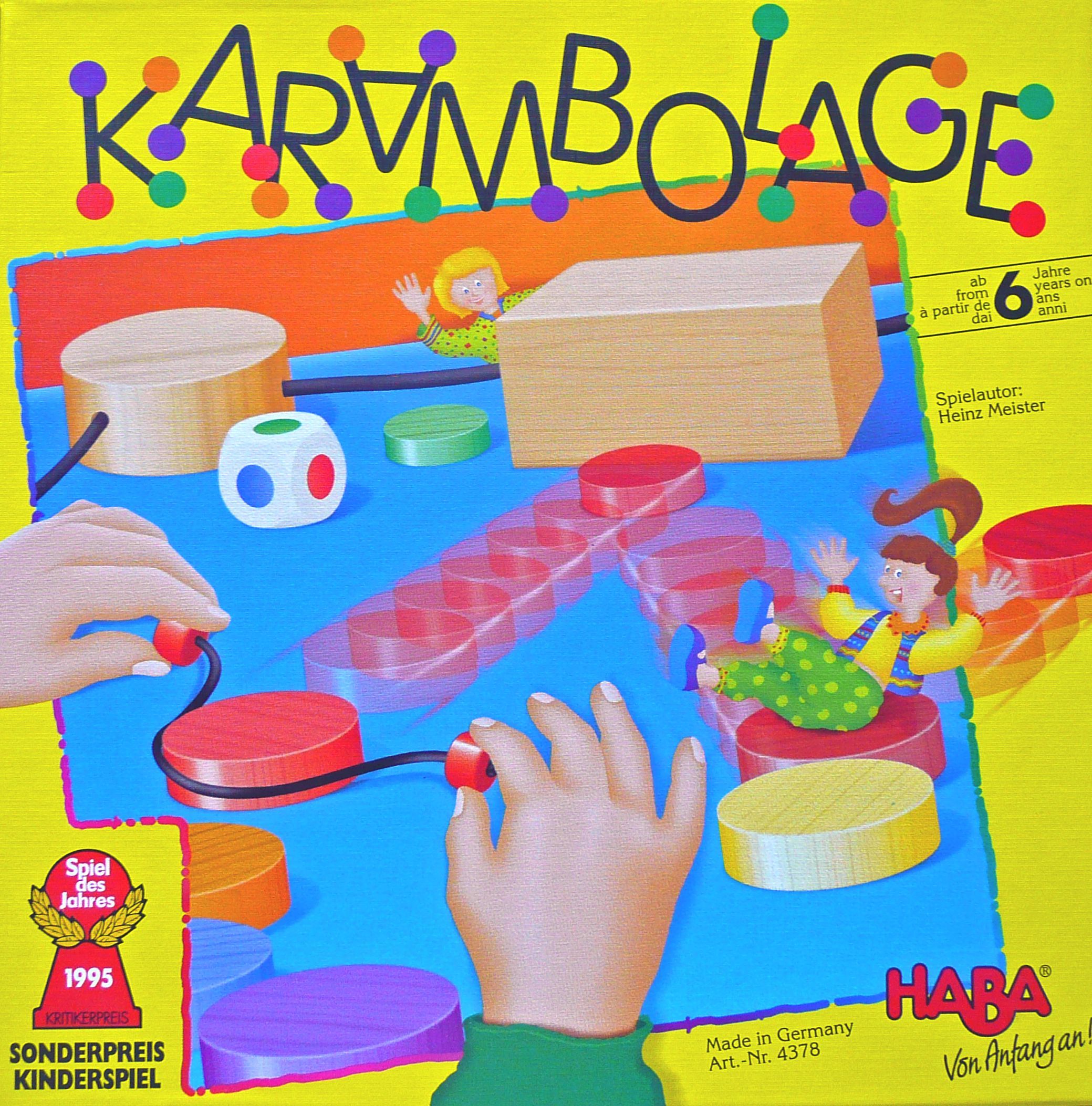 Six colored disks are in the playing area. On a player's turn they roll 2 dice, with the six colors of the disks on them. The player must flick a disk of one of the colors into a disk of the other color. If they succeed they get a point and may continue. If both dice are the same color they get a point and may continue. If they ever continue and fail, they lose all the points they have accumulated during the turn. Includes rules for three games: Karambolage Roll two color dice, which will indicate which disc must strike another. Use the firing band to propel one into the other. If there's no direct shot, you may bank the shot off an included block. Karamba Roll two color dice, which indicate the two discs that mark the ends of an imaginary goal, through which you must propel another disc. Karamboli Simply line up the discs along the long side of a rectangular "ring". Launch the first disc, and then with each subsequent disc, try to strike as many of the previously-launched discs as possible. Ages 6 and up