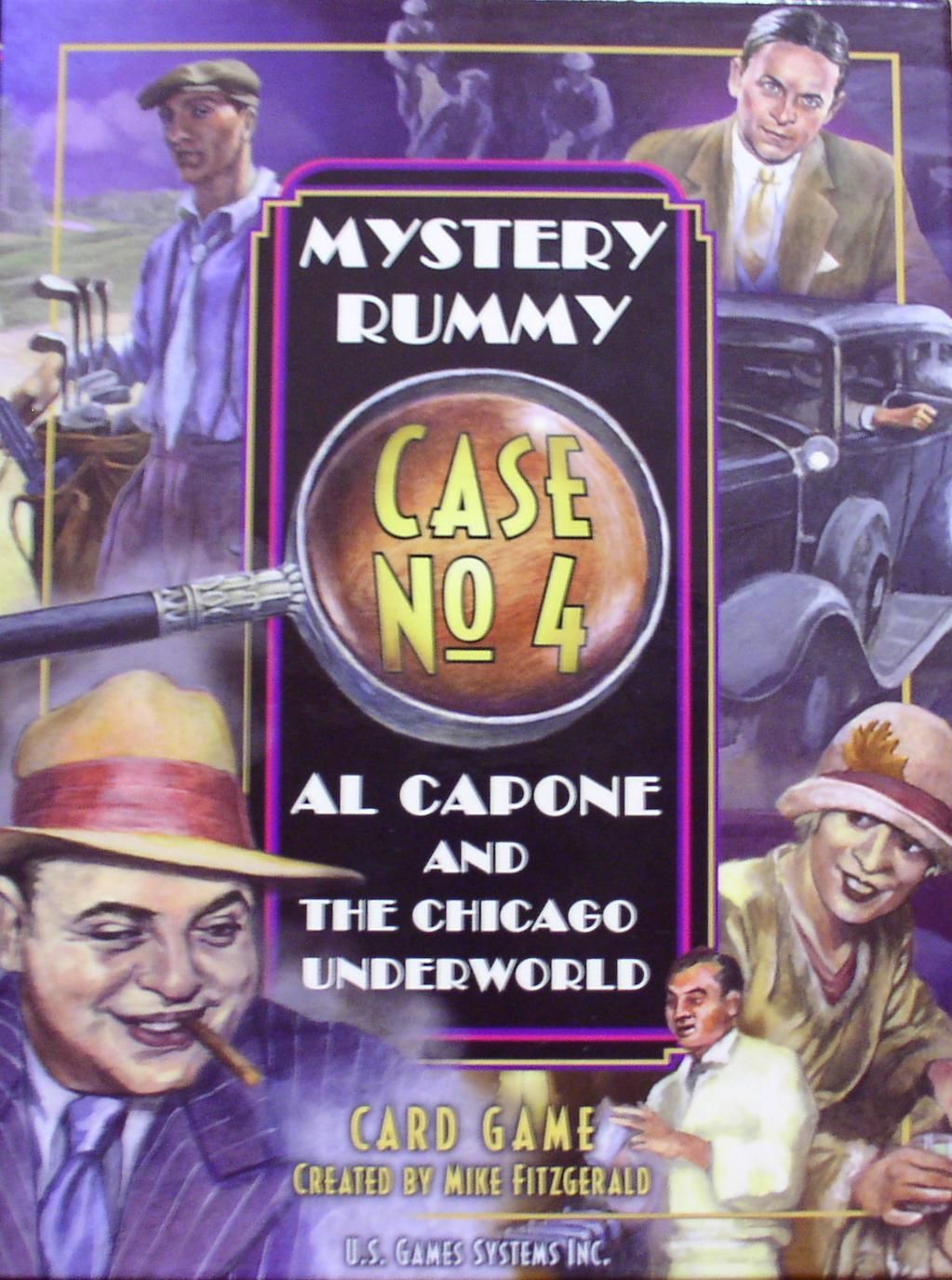 Mystery Rummy: Al Capone and the Chicago Underworld, the fourth title in the Mystery Rummy series, introduces some elements of Canasta with players scoring bonuses for collecting complete sets. Sets have varying numbers of cards in them, from Mike Heitler with four cards up to Al Capone with eight. The four types of gavel card make cards accessible everywhere: "Agent Meeting" searches other players' hands, "Eliot Ness" searches the deck, "Search Warrant" looks in the discard pile, and "Raid" allows you to take an opponent's already melded cards, provided you have at least three melded. All these mechanisms help make completing entire sets for their bonuses something you can reasonably strive for – while also putting you on guard against your opponent doing the same.