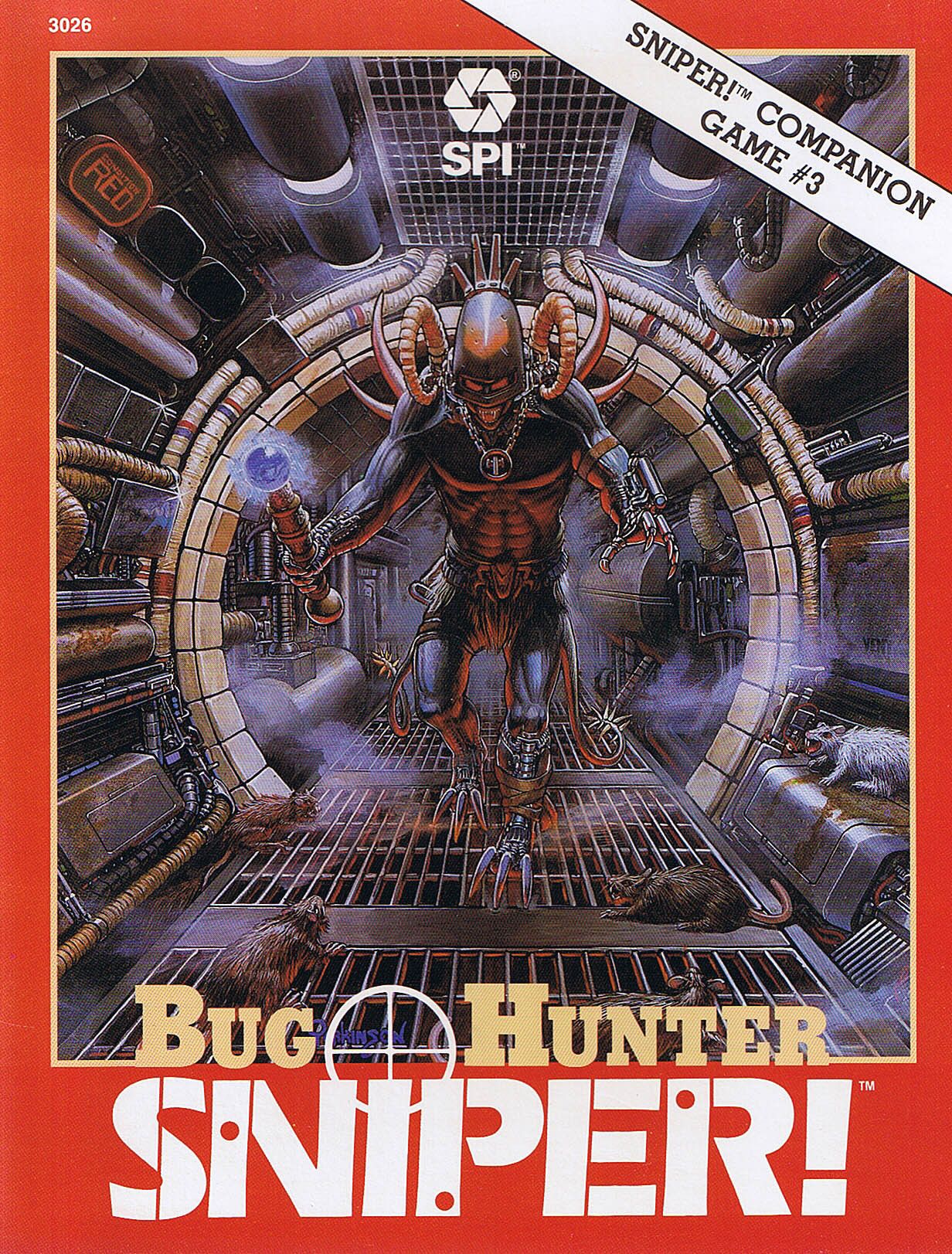 Bug Hunter is a Sniper! series game about hypothetical clashes between spacefaring human adventurers and hostile alien monsters. As in all games in the Sniper! series, this game focuses on combat as experienced by the individual soldier. This game examines the problems and situations peculiar to close combat in strange environments and against unknown foes. Multiple geomorphic 2-sided maps are included in the game to play out numerous scenarios (for from 1 to 3 players), each with their own set of victory conditions. The game also includes rules to Sniper!, exclusive Bug Hunter rules, scenario booklet, random event cards, cut out vehicles, and 400 personnel counters and markers. It is a stand-alone game that does not require the original Sniper!.