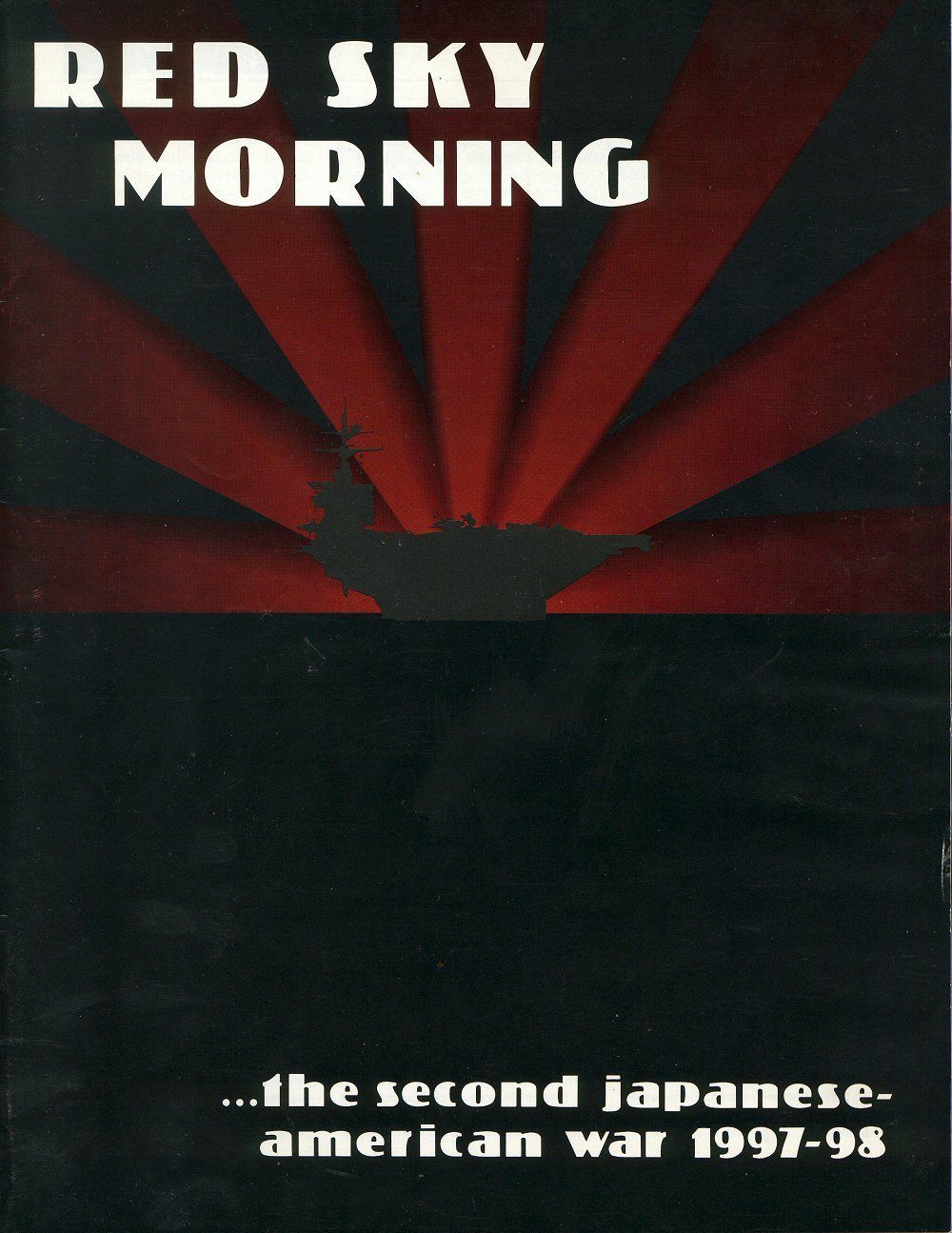 A hypothetical conflict. The game is subtitled "...the second Japanese-American War 1997-1998". One player controls the U.S. Pacific Fleet; the other player controls the Japanese Maritime defense force. The U.S. player is attempting to force Japan into surrender by blockading the Japanese home islands. The Japanese player must keep the flow of trade open, while trying to disrupt the North American economy. The game is played in a number of set turns. Each turn has three Phases: "Economics & Politics" (where players spend resource points to perform raids, upgrade units, perform Electronic Warfare, and apply political pressure), "Action and Reaction" (where all naval, air and land movement and combat are carried out), and "Administration" (where random events take effect and victory is determined). Points are gained for destroying enemy aircraft, sinking enemy ships, and for successful raids. The first player to attain 120 points is the winner.