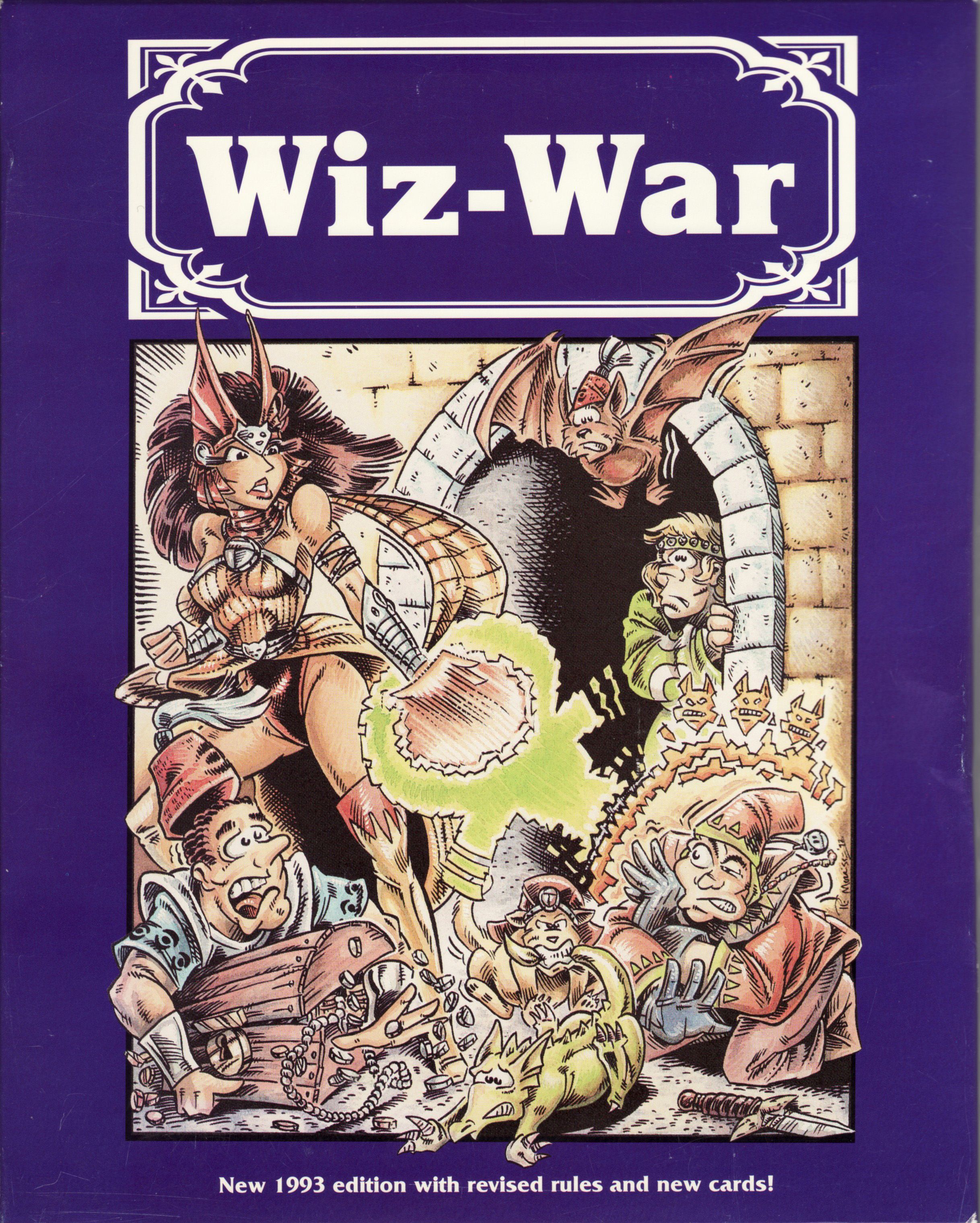 In this light, beer & pretzels type of game, players are transformed into wizards attempting to collect treasures from a twisted little maze. At the heart of the game is a deck of cards that the players use to cast spells, power-up spells, and augment movement. Each turn, players can move up to three spaces (or more with the use of number cards). However, the goal is to penetrate the other players' sections of the maze, pick up one of their treasures, and bring it back to your home base. The first player to capture two such treasures or kill all the other wizards is the winner. Re-implemented by: Wiz-War (eighth edition)