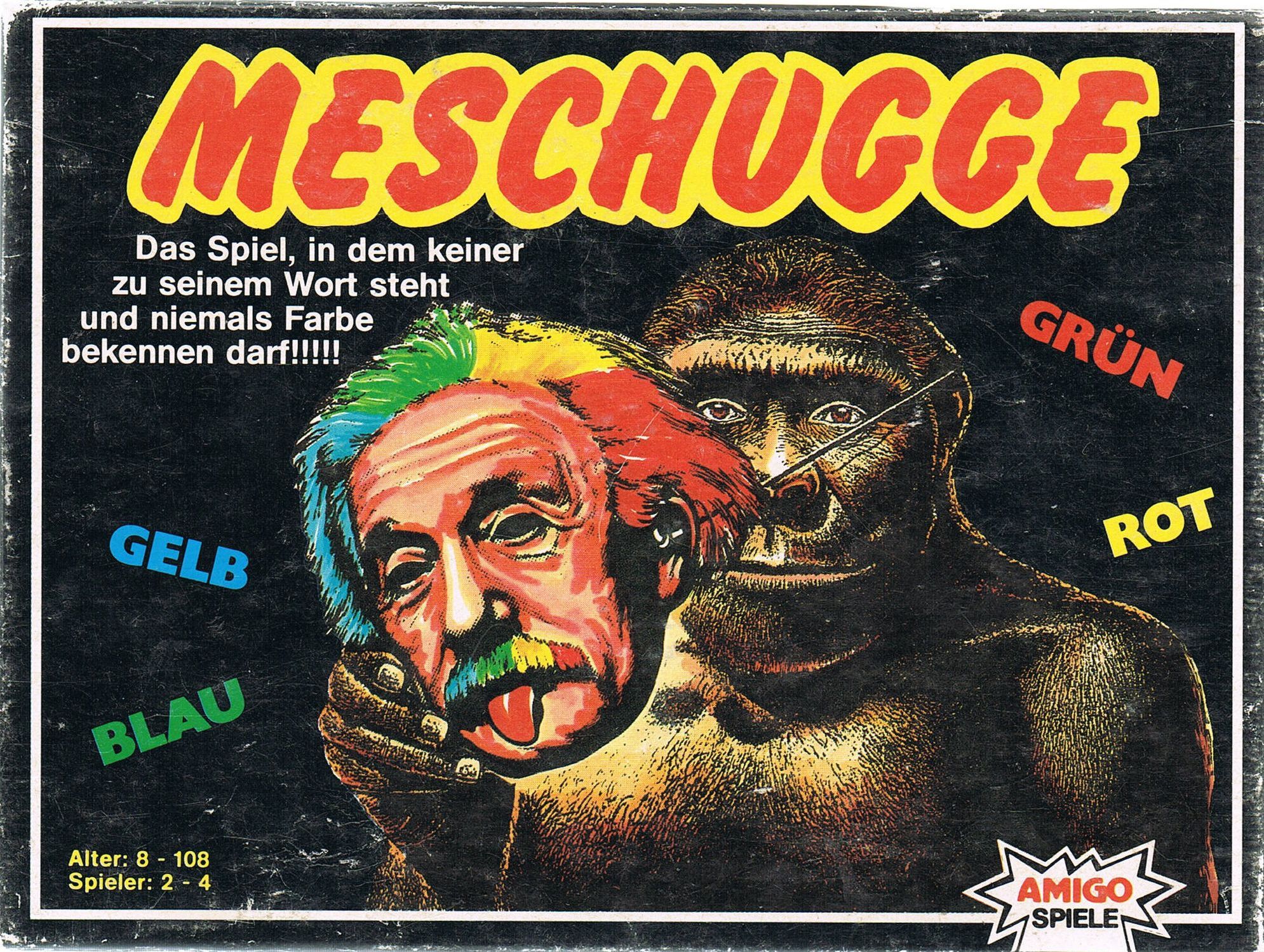 Cards have a color word on it and a color on it, not generally the same. For example, the word "blue" might be in red. Each person has a hand of such cards. A card is revealed from a deck. A die is rolled and results in "WORD" or "COLOR". The goal of the game is to be the first person to put down a correct card, where correct is: WORD: a card the color of the word of the revealed card. COLOR: a card with the word that is the color of the revealed card. For example, if the card is a blue card with the word "red" and WORD is rolled, then you must play a red card from hand (not one that says red). If COLOR is rolled you must play a card with the word blue. Clear? Well, I suppose it isn't supposed to be. Things are spiced up by not being allowed to play if a card which describes itself is revealed (a red card saying "red" for example"), and by having a special "contra" call when you play the reverse card of the one shown (red card saying "blue" is contra blue card saying red.)