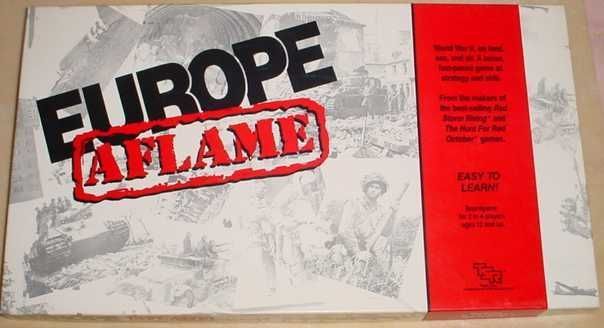 Europe Aflame is a game of the land, sea, and air combat fought in Europe and the Middle East during World War II. Each player commands one of the major alliances of the war... choosing strategies, building forces, and conducting campaigns as supreme commander. Rules are included for movement, combat, special units, supply, industry, invasion and conquest. It should be noted that the units are all placed in small plastic holders so that they stand up on the map... all markers lie flat. Three short scenarios and a complete Campaign game are included. Victory conditions depend on the scenario chosen, but in most cases in depends on control of industrial points.