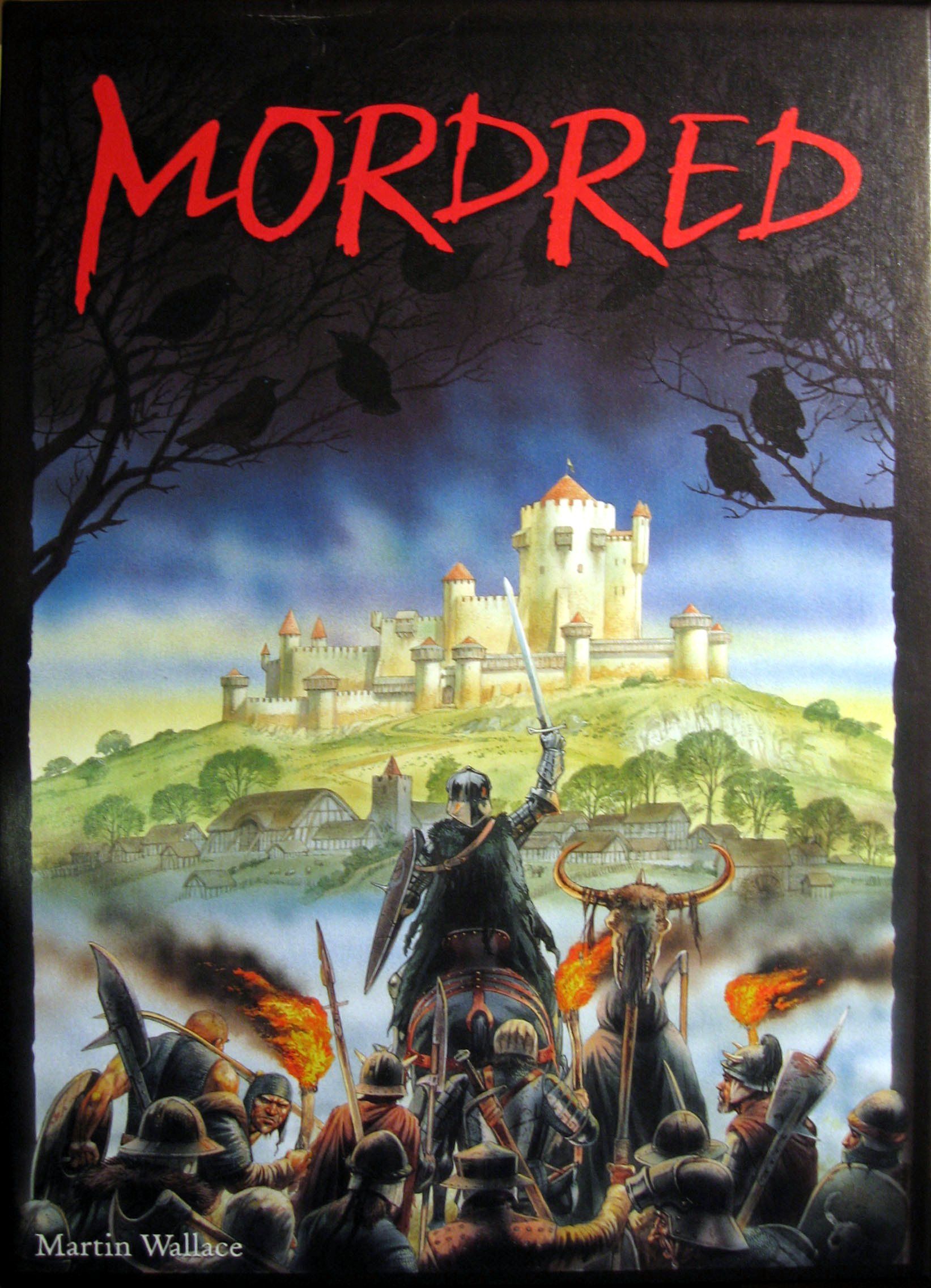 A game in which players take the role of one of King Arthur's knights in an attempt to prevent Mordred from taking over Wales. Players roll dice, balancing risk against reward. Reward is in the form of build points, which can be used to build towns, castles, and wage combat against Mordred. Risk is that of aiding Mordred in his expansion across the countryside. The game ends with an assessment of the victor: If King Arthur has more towns/castles in play than Mordred has men on the board, then the player with the most victory points is the winner. If Mordred has more men in play, then the player who aided Mordred the least is victorious.