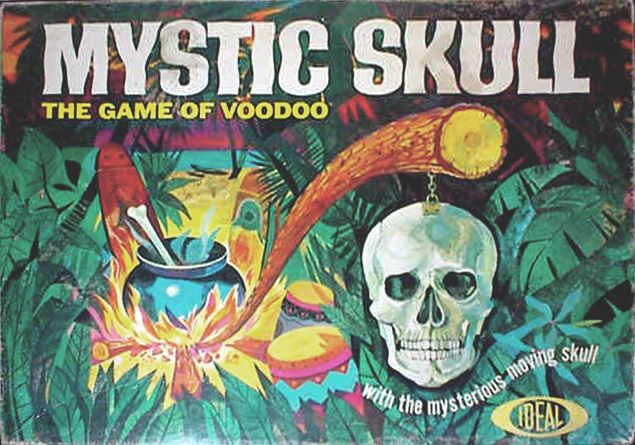 Imagine yourself a 'witch doctor' who can cast a hex. Each witch doctor tries to fill his opponents' voodoo dolls with pins while trying to keep his own from being filled. By stirring the cauldron with the bone, the mysterious moving Mystic Skull will magically stop at the various voodoo segments around the board, directing you to place pins in your opponent's voodoo doll or to exchange one of your tokens in order to remove pins from your own doll. Players should use their tokens wisely and to their best advantage--they may help a player eliminate an opponent or save himself, but when a player uses his tokens up, he is at the mercy of the other players. When a player's doll is filled with pins, he is considered to be under a spell, and is out of the game. The last player whose doll still has empty pin holes in it is the winner.