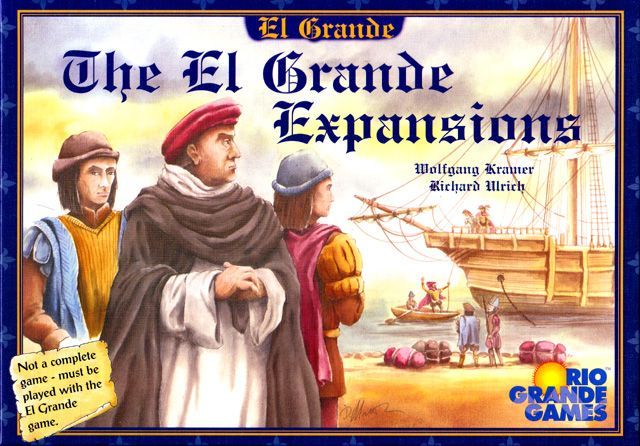 In a single package, The El Grande Expansions combines English versions of both of the El Grande expansions released up to that point. Both expansions change the game significantly and may be used independently or together. The first expansion is King and Intrigue, which combines the priority cards and action cards into one single mechanism. This changes the game extensively, so that many describe it as a different game played with the El Grande board. The package includes all of the cards from the German version KÃ¶nig & Intrigant as well as some, although not all, of the additional cards released under the German title KÃ¶nig and Intrigant: Players' Edition. The second expansion included in the package is the Grand Inquisitor and Colonies, which adds four new regions and two new actions, making seven total actions when used with the basic game's five.