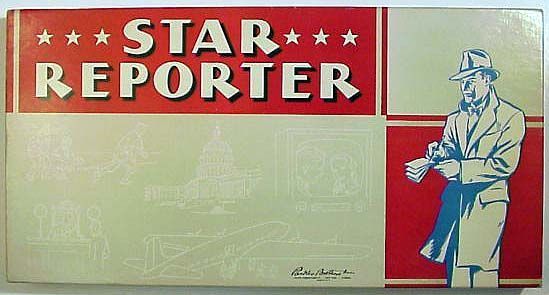 Players act as reporters for the newspapers published in "Urbania". Each player attempts to bring in as much news as possible and to be 'on the spot' when a breaking 'Headline' story or 'Scoop' shows up. The board is broken down into different modes of transportation: car, train, and plane. Each player roll dice and moves to a city that matches one of his News cards to score the news story and gain points... each story is worth from 10 to 25 points. Whenever double six is rolled on the dice, a Headline card (50 points) is drawn, which goes to the player who gets to the city first. Once four Headline cards have been 'captured', the next card flipped is a Scoop (100 points). When the Scoop is delivered, the game ends and the player with the most points wins.