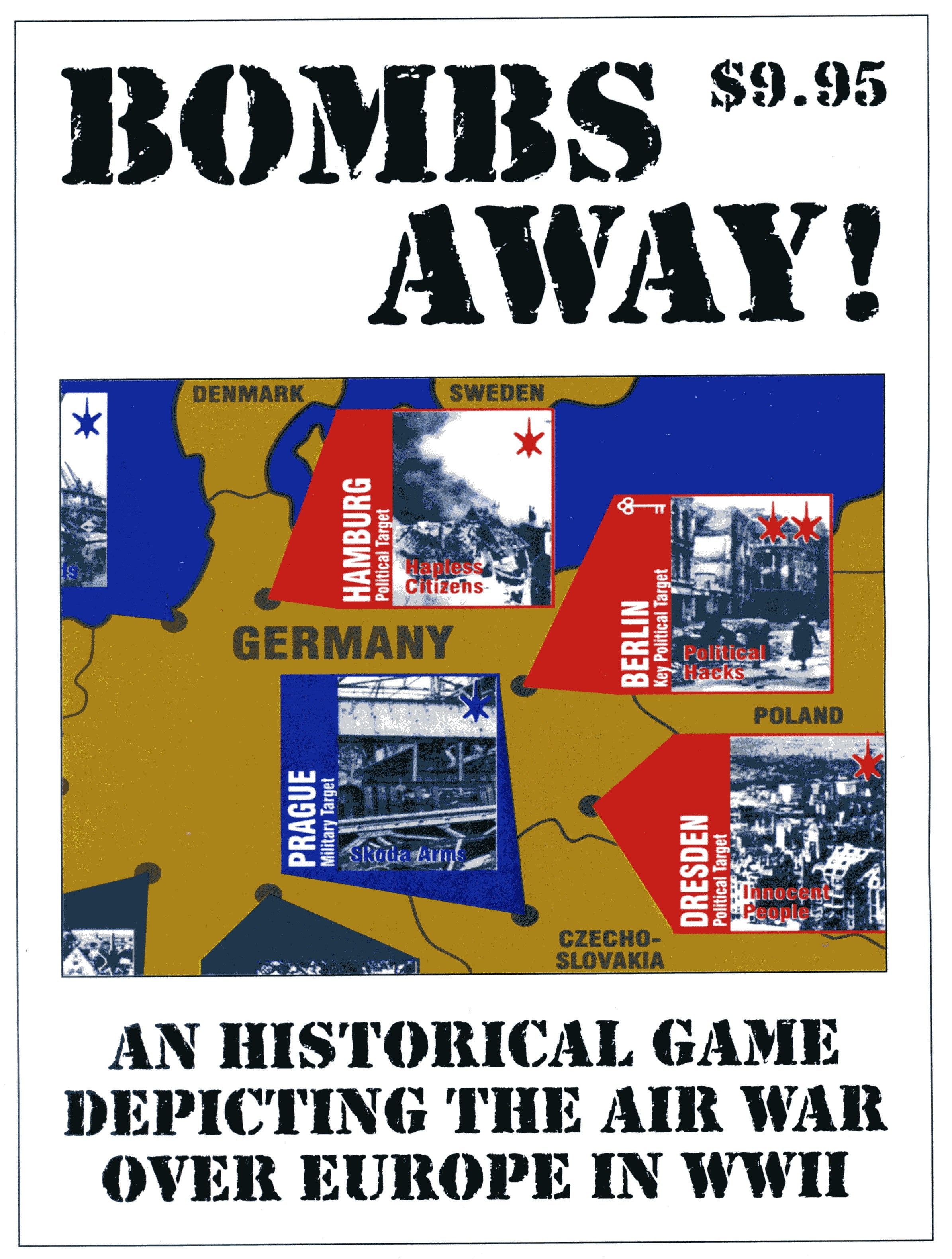 This is card game originally published in GameFix magazine, issue #4. A game for two players that recreates the Allied bombing campaign carried out against occupied Europe during World War II. One player controls the air forces of Britain and the U.S. and the other player controls the forces of Axis Germany. The Allied player attempts to bomb Axis targets to destroy war production, the German civilian economy, and the Axis political will to continue the war. The German player attempts to use deception, fighters, and flak to protect its cities from Allied bombers. Points are gained for successful bombing raids and, after nine turns, the number of points determines the level of victory.