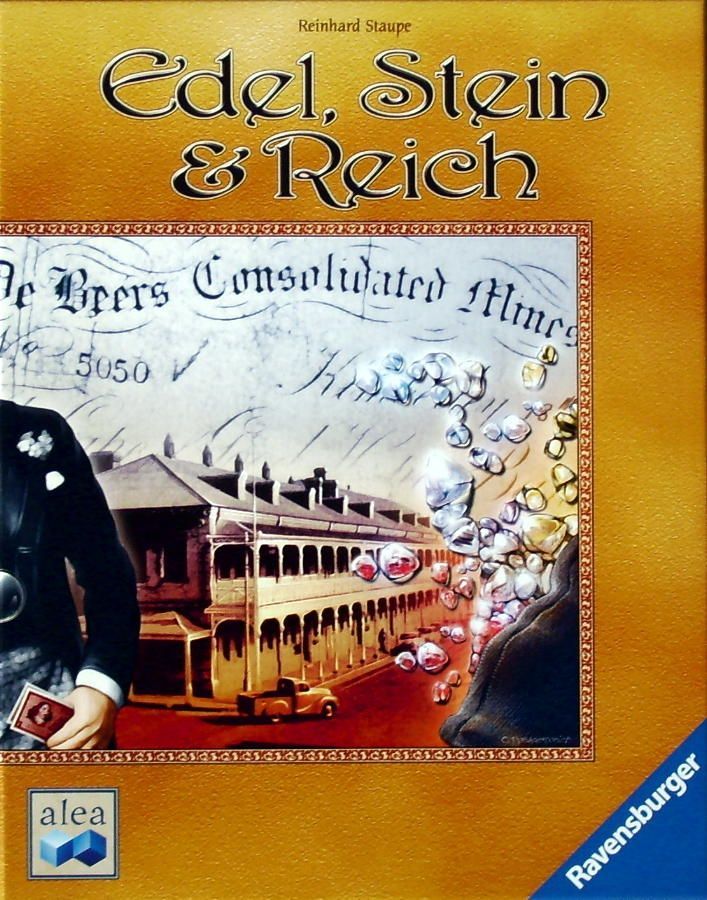 Players take on the roles of directors of the trading house Edel, Stein & Reich, wheeling and dealing at the world’s precious gem exchanges. However, only those who correctly predict their opponent’s intentions will win. Players attempt, over three phases, to accumulate as much money as possible. To that end, there are multiple actions that can be carried out: Players may choose to increase their gemstone supply, or they may choose Event Cards that may bring additional advantages over the course of the game. Then again, they may choose to simply take whatever amount of cash is currently being offered. However, only those players who choose an action that nobody else has chosen get to carry their actions out without hindrance. To that end, it pays to keep an eye on what the other players intend to do… The winner is the player with the most money at the end of the game. This game is #4 in the Alea small box series. Re-implements: Basari