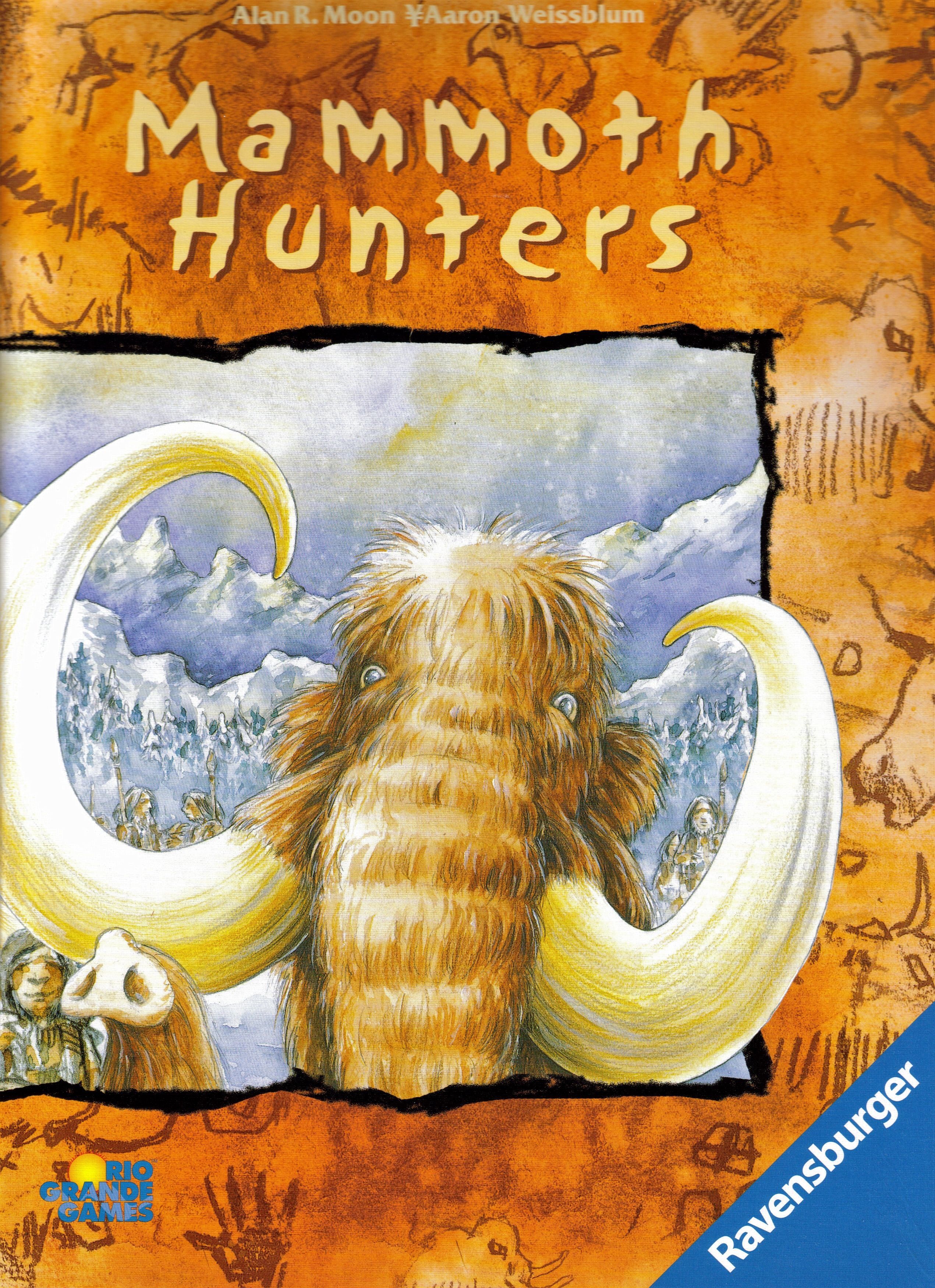 It's a cool, windy day in autumn, some time around 30,000 years ago. For several hours now, a group of hunters have been following a herd of mammoths. Will they succeed? Will they actually be able to bring down one of these giant animals? Its meat would last the entire tribe for several weeks... Take on the role of one of these fearless Ice Age tribesmen and try to keep close to the mammoth herds. Of course, everyone else wants to accomplish this as well, so there will always be fights over territory. Who may stay, and who has to leave? Lucky for those with a club handy! This game is #8 in the Alea big box series, but the English RGG version doesn't have the number printed on the side.