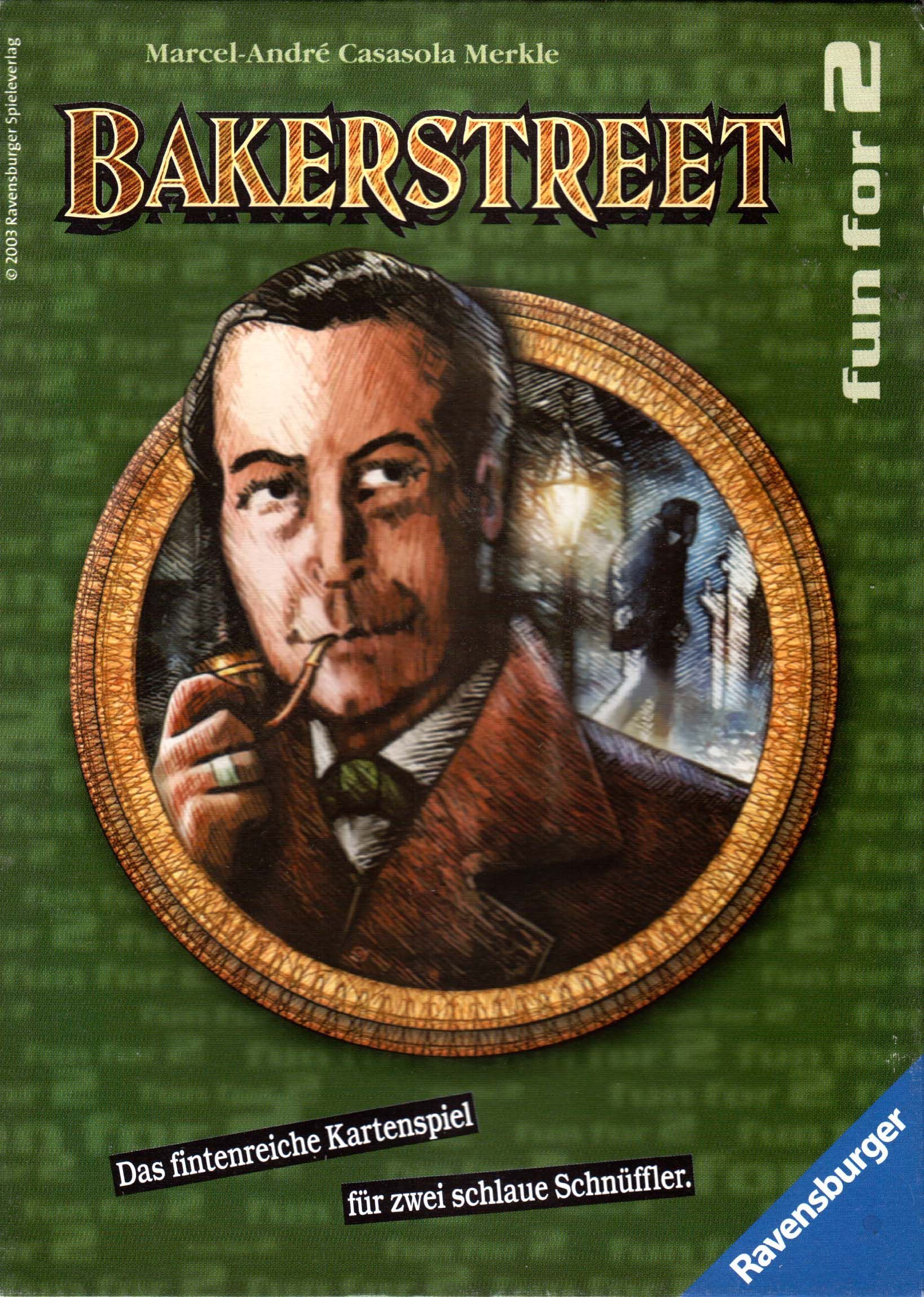 Two players race to try to solve a mysterious case by collecting 7 consecutively-lettered evidence cards. Every turn a player increases his influence by placing a card next to an evidence pile. After that he has to estimate the total of the values of both players' cards in hand. Instead of increasing influence a player may dispute the opponent's bid. If the bid was too high (higher than the card total) the player may choose one evidence pile which is evaluated. Influence on this pile is rewarded with an evidence card. Belongs to the Ravensburger Fun For 2 Series.