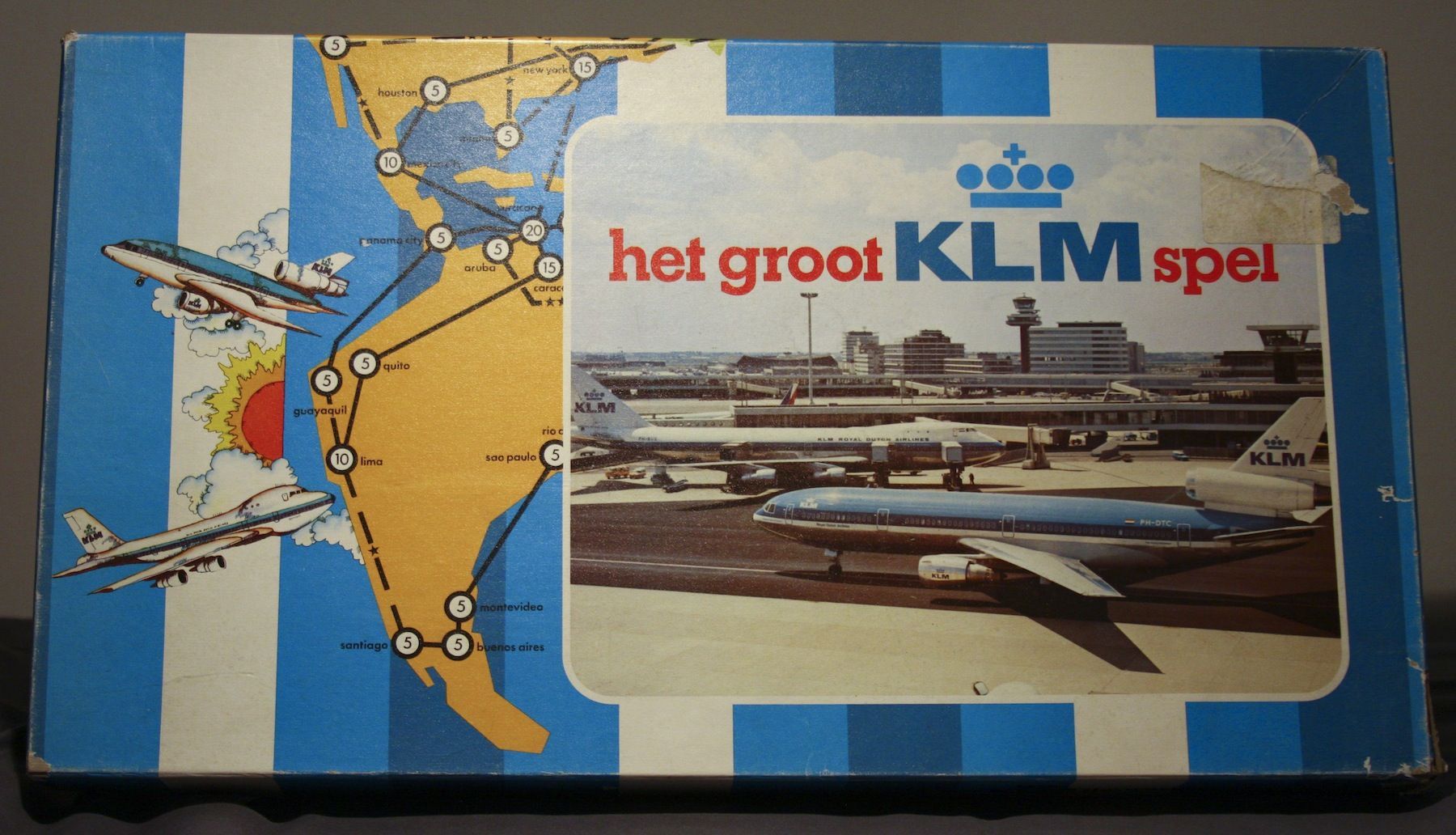 Game sponsored by KLM. There are some other similar games for other European Airlines. Players roll and move their planes along airports. In the first round players hgave to fly charterflights. The players only land on the airports named on the card. When they land on a airport they could buy the airport. If another player lands on a airport which is already bought by a player, he/she has to pay landingrights. Along the game players can sell or auction their own airports when money is needed. In the second round players have to fly holiday tours. The players have to land on all the airports they pass. If a 6 is thrown players have to take a surprise ticket and follow the instructions of the card. If there is no flightcard left the game ends.The player with the most points wins the games. Points are granted for airports and money.