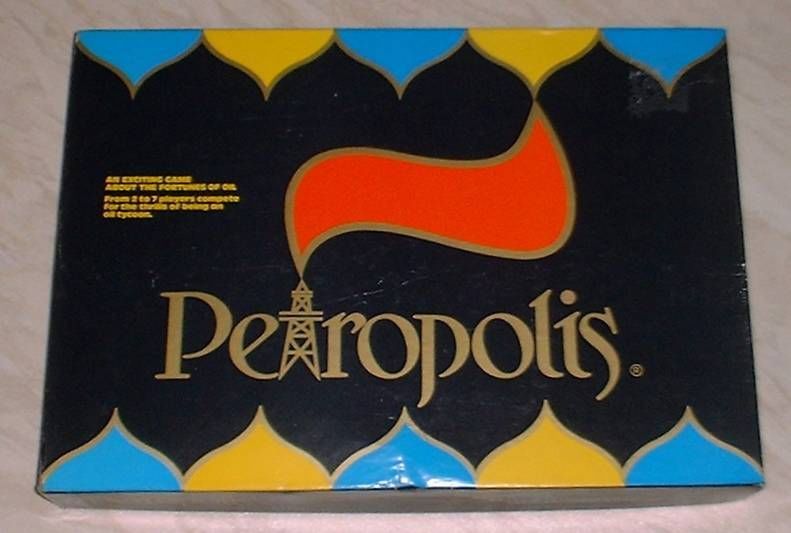 From the box: An exciting game about the fortunes of oil: From 2 to 7 players compete for the thrills of being an oil tycoon. The object of the game [is] to acquire concessions in the petroleum producing countries, control them and operate them. The player who obtains the largest number of petrodollars is the winner of the game. This "roll the die and move" game is strongly reminiscent of Monopoly, with petrol-producing countries replacing the streets, telex messages replacing "Chance" cards, and oil platforms and derricks replacing houses and hotels. Visually, it is a stunning game, with beautifully crafted components. Contents: 1 board 27 concession titles 25 telex messages 7 playing markers 2 dice 34 derricks 14 oil platforms 390 petrodollar bills. (The Dutch HEMA edition comes with 30 derricks, 12 platforms and 430 bills. According to the Dutch rulebook the game is designed for 3-7 players.)