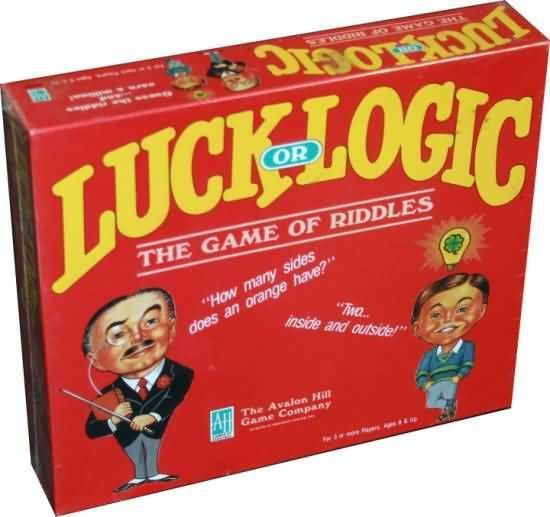 Billed as 'The Game of Riddles', Luck or Logic is a light game that will appeal to anyone who enjoys strange humour and paronomasia. Players roll a die to move around the board, collecting money from artifacts purchased and from answering riddles. Some of the riddles can be answered through logic: Q. How do you stop a kid from crying in the back seat? A. Make him move up front. And some of the riddles are puns: Q. Why did the grizzly buy a pair of shoes? A. Because he had bear feet. Most of the squares landed on will either give a player money or force a payment... slightly weighted in favour of the players. If someone cannot pay his bills, he is bankrupt and starts over with $40,000. The winner is the first player to accumulate $1,000,000.