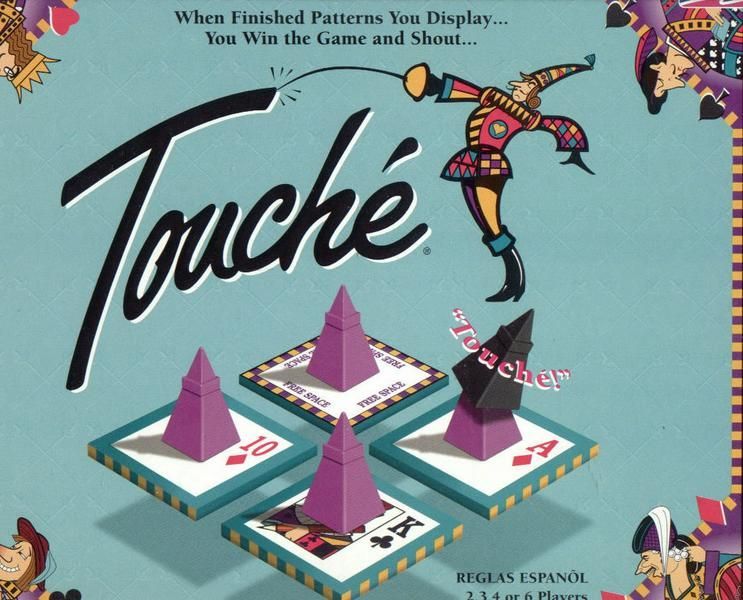 Players are dealt a hand of cards from a standard double deck including four jokers. The board depicts card images—two of each—and some wild spaces distributed in a cross pattern. A turn consists of playing a card and placing a marker of your color on one of the corresponding spaces on the game board. The object is to claim spaces which form certain patterns (boxes, lines, crosses, tees). When one of these patterns is formed, you cap off your pieces with black markers to show that you've completed that pattern. Capped pieces can't be used again for another pattern. The first person to complete a specified number of patterns wins the game.