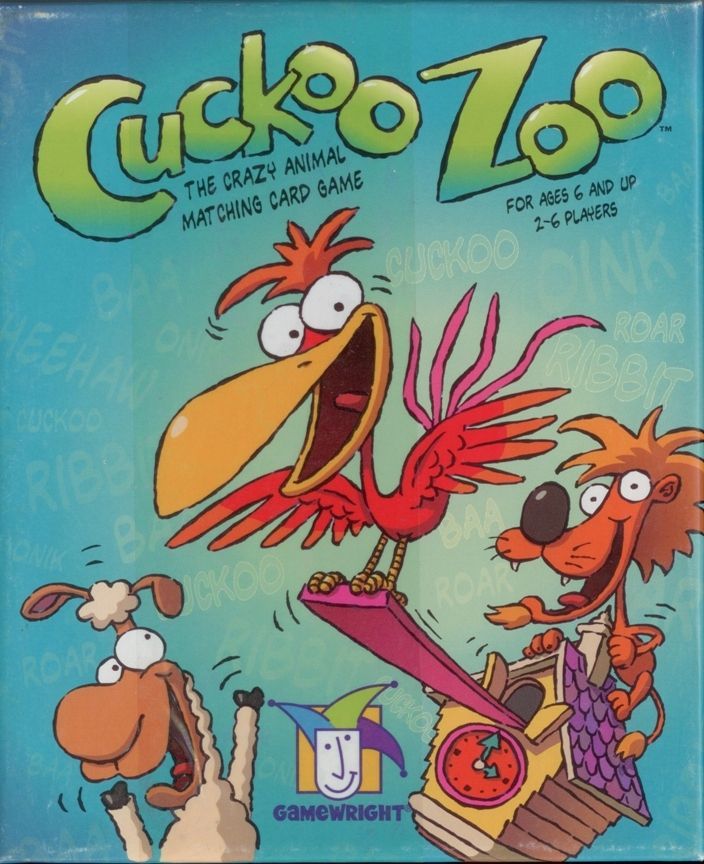 Cocotaki is a Uno-style card game in which you must match the animal or color of the card on the top of the discard pile in order to play a card. When you play, you have to make the appropriate animal sound. If you forget to make this sound, you get penalty cards. If you place down a red card you must not make any sound – except when you place down the red rooster, in which case you shout "Cocotaki!" The first player who has no cards left wins. The game includes many additional rules for advanced play. Kakadoo is an updated version of Cocotaki that incorporates a number of the optional rules from that earlier game. As a result, the minimum playing age has been raised from 5 to 8. Players now draw four penalty cards instead of two when they mess up, and whenever a lion is played, the player doesn't roar but says, "Hello, your majesty". Play a donkey, and only donkeys can follow in the next round; play a cockatoo to skip the next player.