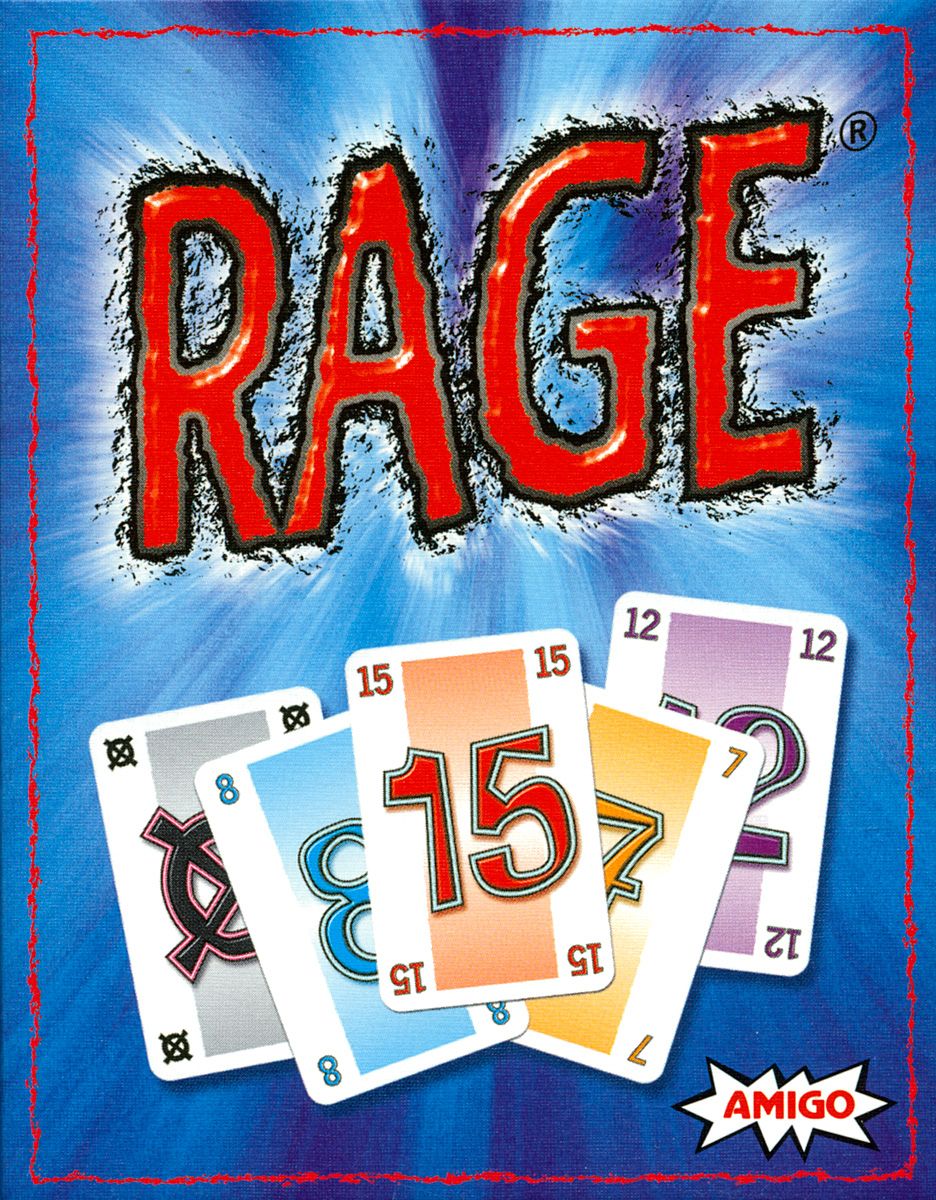 Based on the widely-known card game Oh Hell!, players use the deck of zero through fifteen in six suits to bid for a particular number of tricks and then subsequently take exactly that many. Each game consists of ten hands, with the hand size shrinking by one each time, until the final one-card hand. Along the way, trump is randomly determined and can be changed during the hand through the use of special cards. There are also special cards that make the trump not count for a trick, others that can be declared any suit and value when played, and others that will give bonuses or penalties for taking the trick on which they're played. A newer version of this game was released by Amigo in 2000.