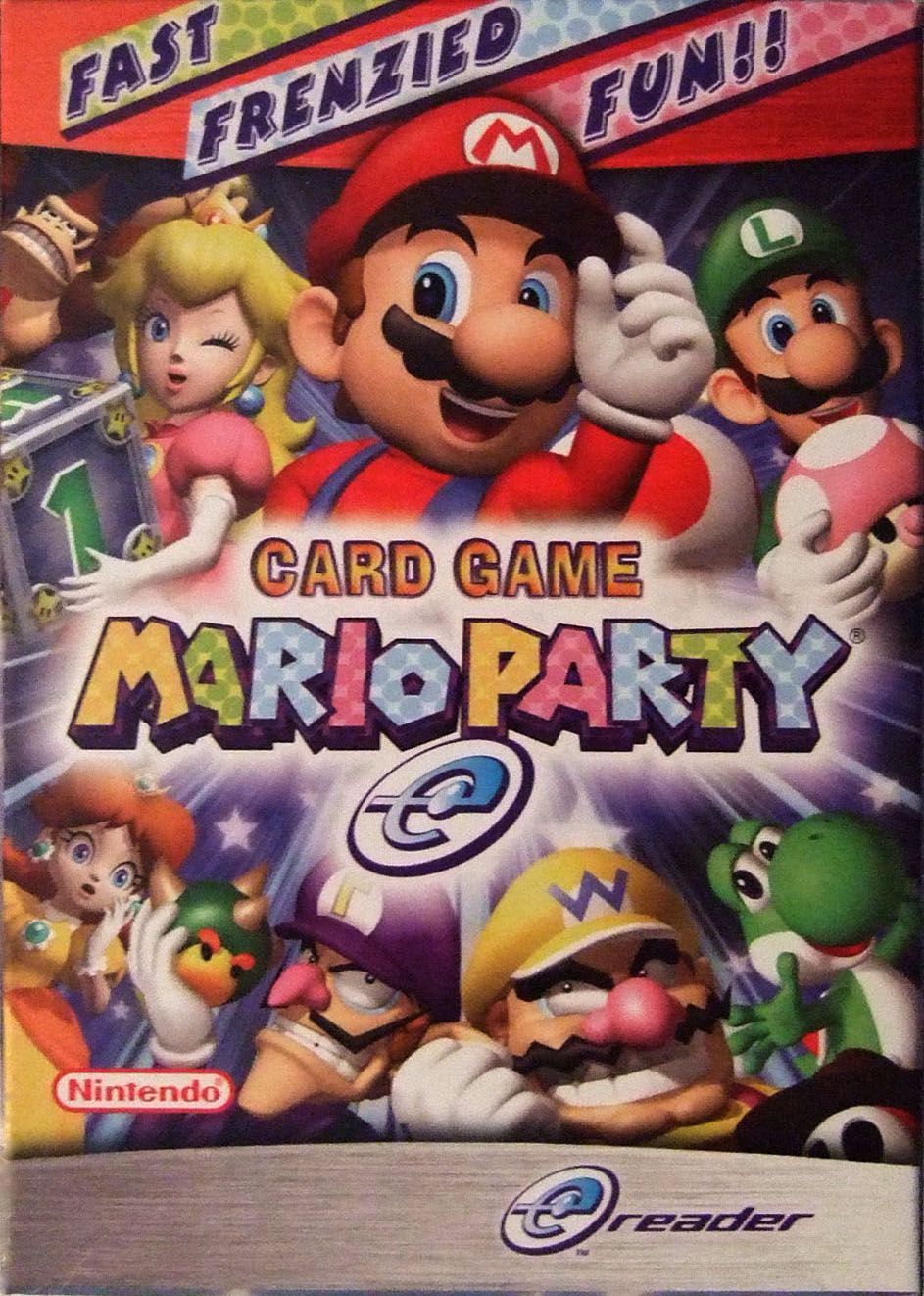 A card game based on Nintendo's Mario Party video game franchise. The game, which is non-collectible, has an interesting feature in which game mechanics are added-in if at least one player has a Nintendo Game Boy Advance with the E-Reader peripheral by scanning certain cards from the deck. This results in several "mini-games" being added into the mix, with players competing for high-scores and such to decide whether a card can be played. The E-reader feature is not a required element to play the game.