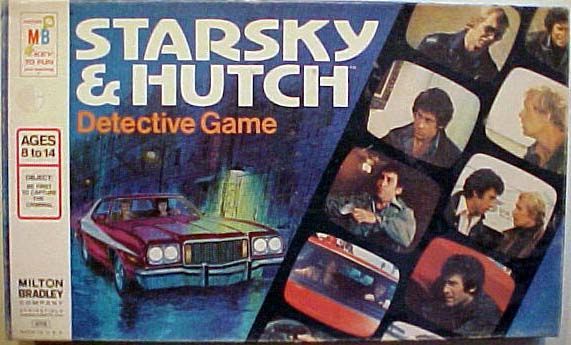 Based on the hit ABC TV series that ran from 1975 until 1979 starring Paul Michael Glaser (David Starsky) and David Soul (Kenneth "Hutch" Hutchinson) Players begin the game with a randomly distributed 'criminal' card. By moving around the board by the roll of a die, players obtain other cards that either match their criminal or one of their opponents. Cards that match are placed face up. Cards that do not match are discarded into a single discard pile for each player. If a player lands on an opponent by exact count, he may steal one card from the opponent's discard pile. The first player to get four cards that match their criminal wins the game.