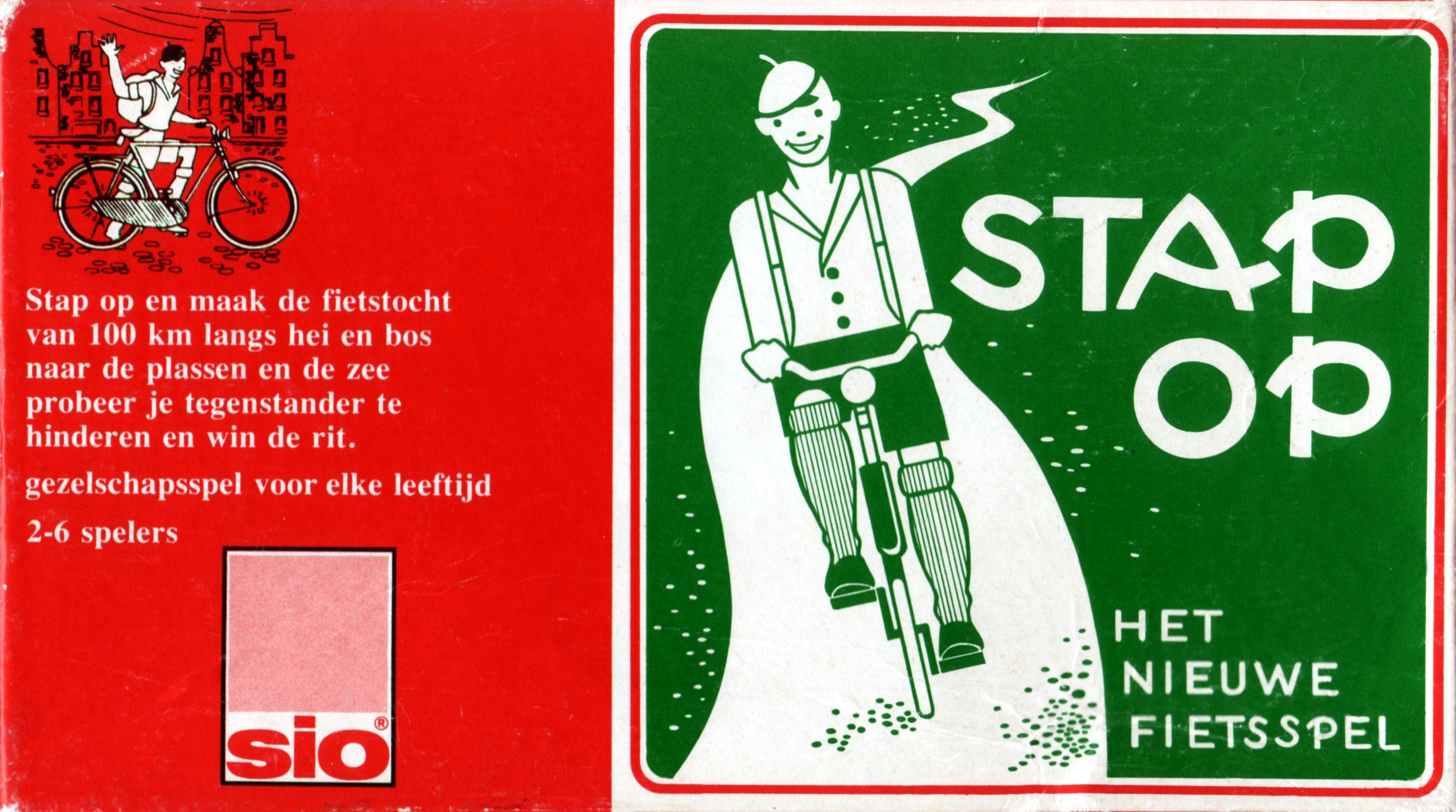 Stap op is a classic game about biking. Collect 100 kilometres of routes to the moors, woods, beach and the lakes. Hinder your opponents with flat tires, head winds and other hazards. This game was originally released in the '50s by Sio with the subtitle 'Het Nieuwe Fietsspel'. In 2003 it was re-released by Goliath Games, this time with the subtitle 'Het Nostalgische Fietsspel'. Stap op is the Dutch adaptation (bikes!) of the classic American game Touring (cars!).