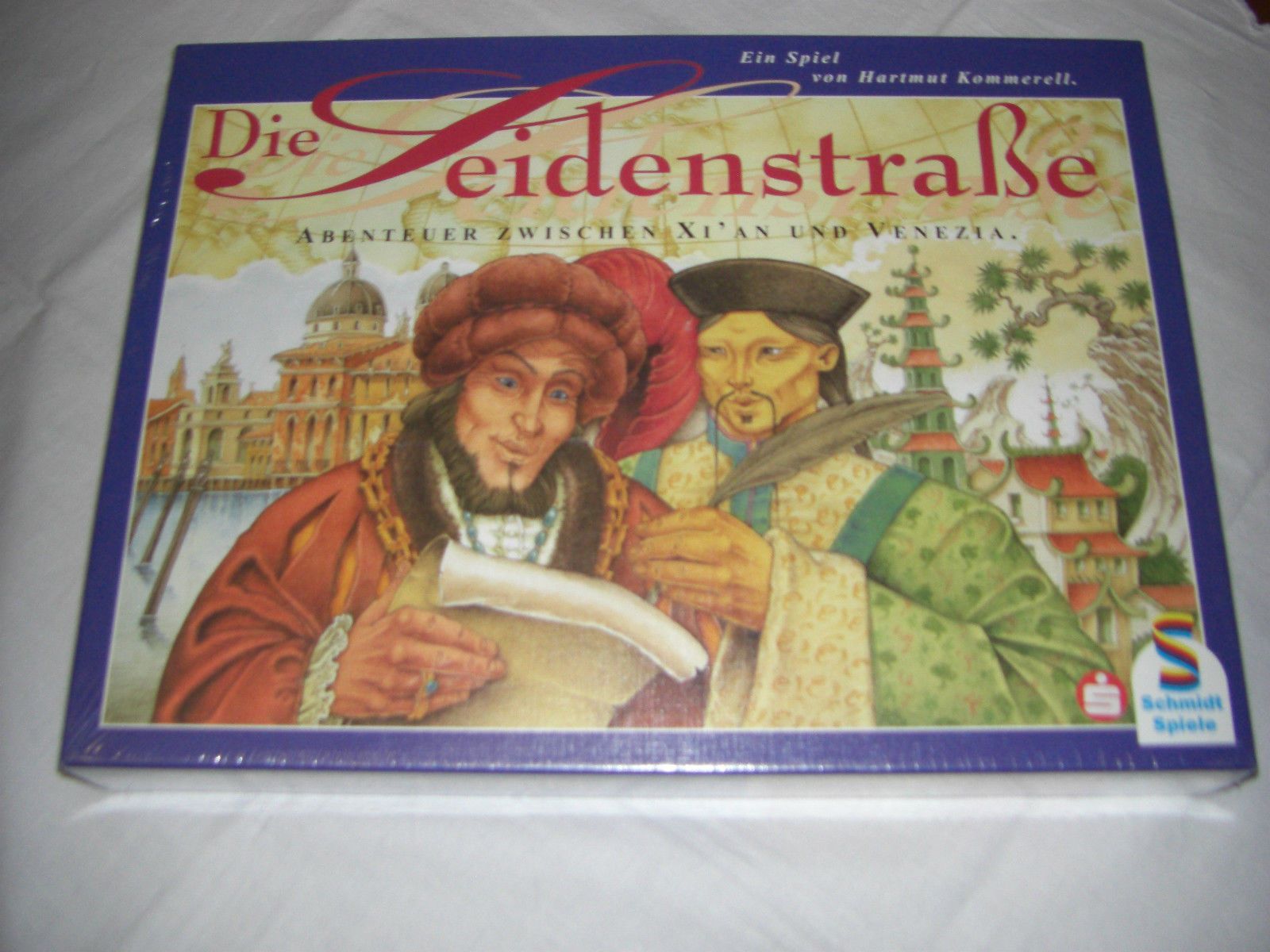 from the rules translation: In 1225 the Venezian Marco Polo arrived home from his great journey of discovery to the mysterious land of China. His accounts from the land was so overwhelmingly fantastic and adventurous, that one could hardly believe him. Yet, the precious cargo he brought with him, convinced even the most discriminating and suspicious among the Venezians. Everyone wanted to have some of the valuable goods from China. Through the Silk Road — the legendary trading route which connected China with Europe — traders brought exquisite treasures home, most importantly, precious silk, which no one outside of China knew how to make. But the road which led to Venezia through the Gobi desert and passing the great commercial centers of Xi'an, Samarkand, Buchara, Bagdad and Byzanz, was dangerous. This made the traders dependent on each other during the journey. Nevertheless this did not stop them from, using the right tactics and a trace of cunning, trying to gain advantages over each other. Especially in the Bazaars and at the large Trading Posts which lined the route. The first to arrive would make the most profitable deals and receive the most ounces of Silver when they arrived at the end of their trip.