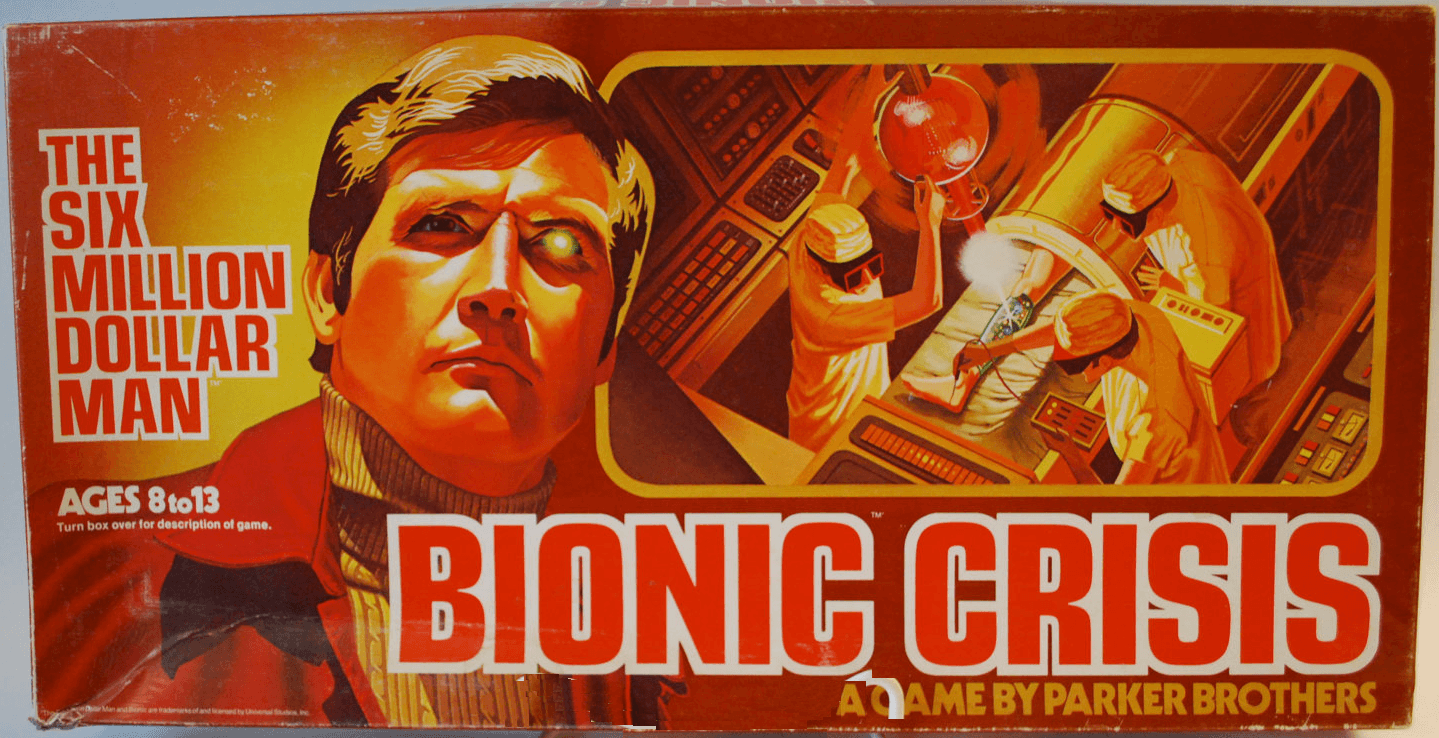 Based on the popular Six Million Dollar Man television series, players race to complete Steve Austin's bionic circuits. Each player gets a bionic console box, a plastic tray with a cardboard insert, upon which he will mark clues to his secret bionic circuit. Each console has 40 numbered spaces. Each circuit card shows a 10 number route marked in red... this is what the player must try to guess. Clues are given based on the circuit diagram. If a player guesses correctly, he gets a red peg. If he is one away from the circuit, he gets a yellow peg. The first person to guess his circuit is the winner.