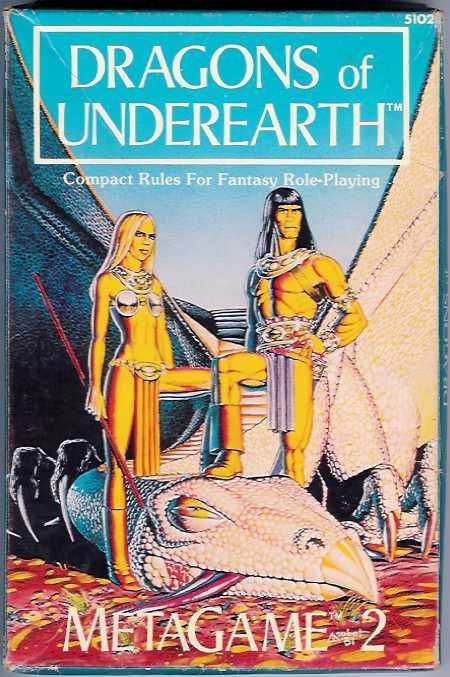 Fantasy adventure, spells, creatures and combat presented as an introductory role playing board game. Somewhat of a knock-off, it is the sequel to The Lords of Underearth and is based on Metagaming's Melee, Wizard and The Fantasy Trip rules sets. Basically, it is a simplification and streamlining of The Fantasy Trip rules set. It does not offer much for those who already have the Advanced Melee, Advanced Wizard, and In The Labyrinth, other than counters and some rules for Explosive Gems that were omitted from Advanced Wizard, but may be useful to those who only have the Melee and Wizard rules booklets, and want a few new weapons and spells that are not found there.