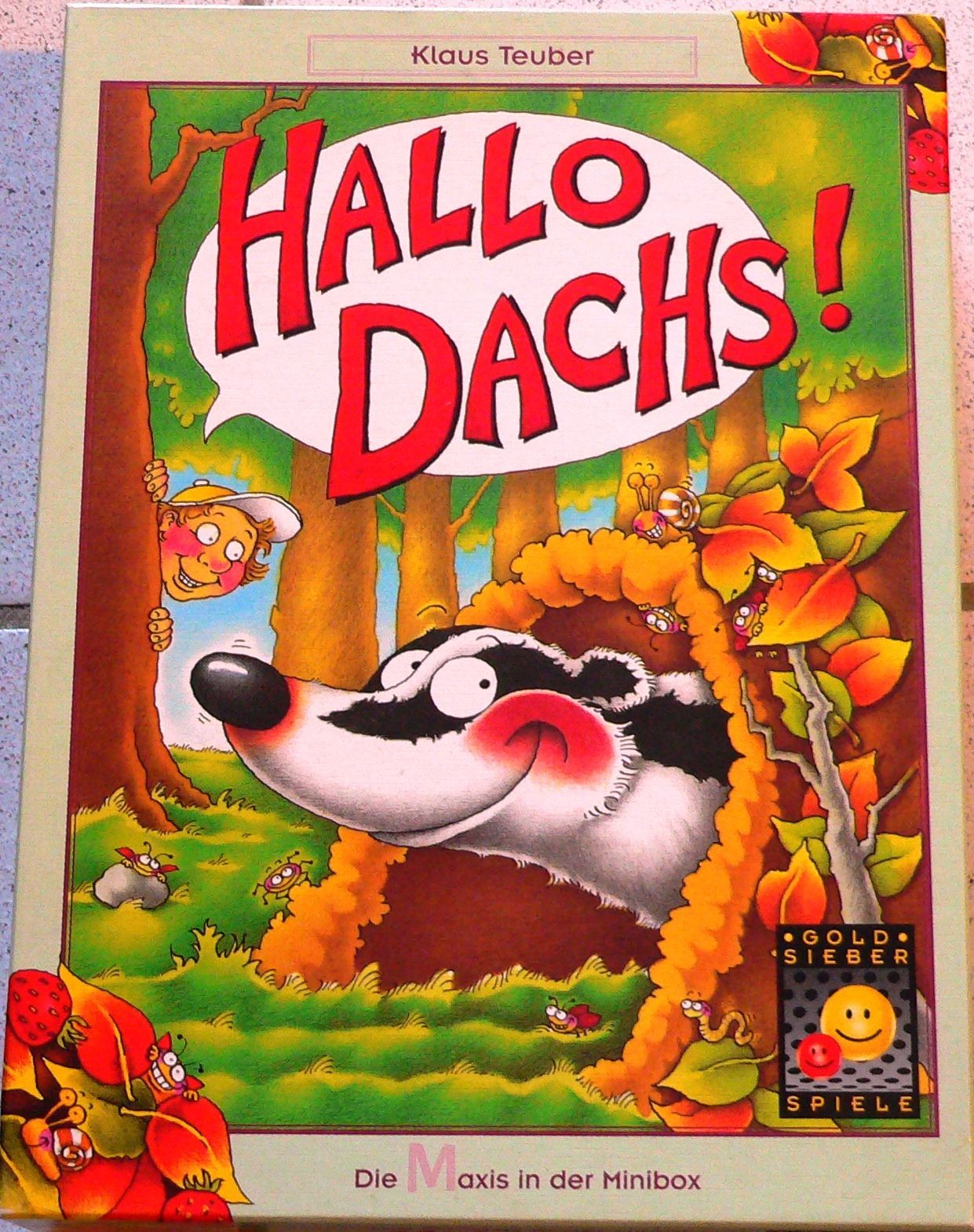 Another children’s game from Klaus Teuber involving animals, meals and memory. The other one is Die Ritter von der Haselnuss. Here the player is a badger (Dachs in German) in a forest. The forest has paths that lead to various amounts of meals for the badger. Once a badger reaches an area, he must roll the die a number of times equal to the amount of meals presented, and for each roll turn over the correct tiles. If the player turns over the correct tiles, the player gets to keep the meal tile, which will have a number of points on the downside (the more meals the higher points, usually). First player to the point goal wins the game. (The goal varies depending on the number of players.) Reimplemented by Spinnengift und KrÃ¶tenschleim Awards 1998 Ã…rets BÃ¸rnespil, Childrens Game of the Year Denmark