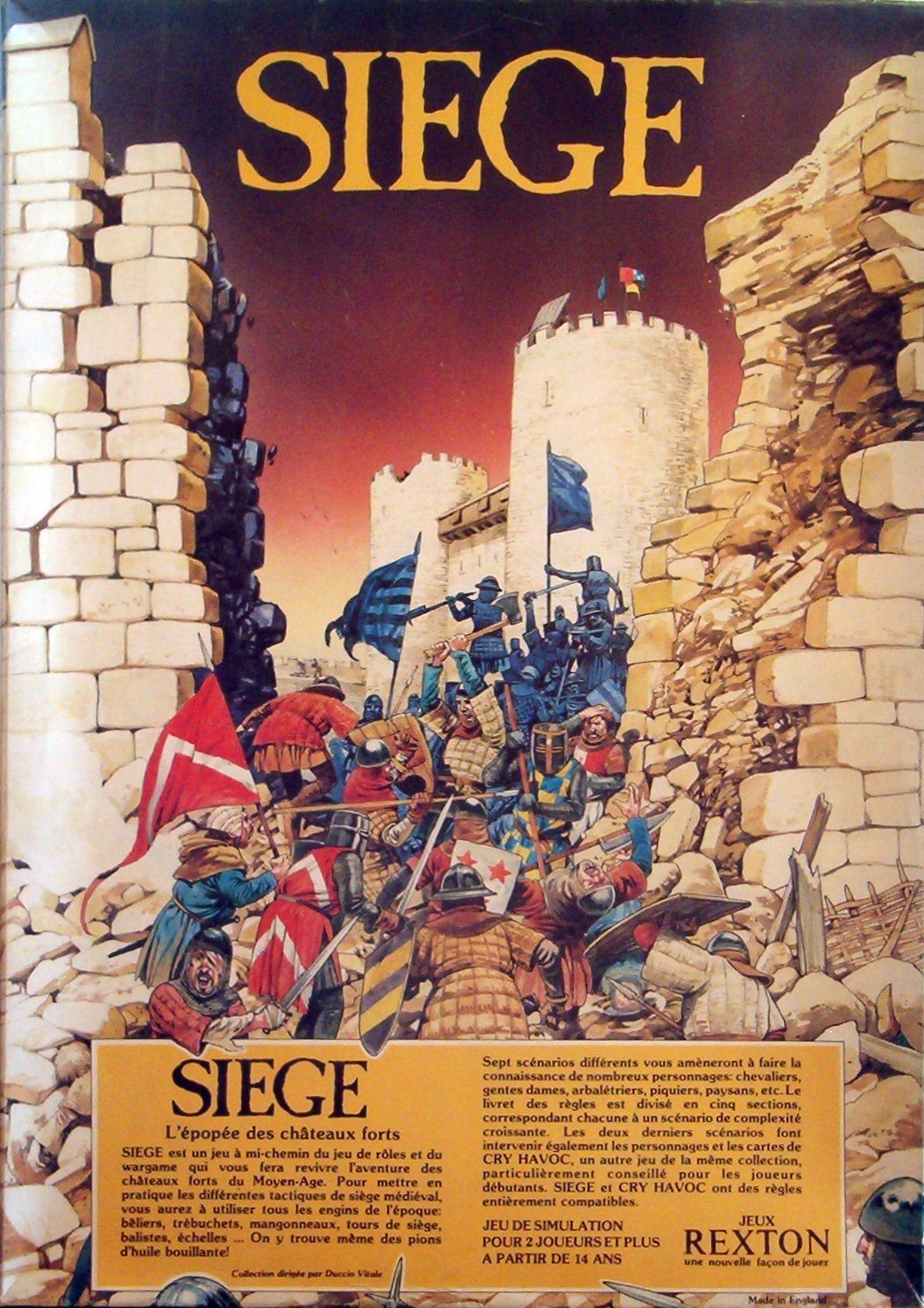 Siege is a man-to-man small scale combat game set in medieval Europe (maybe around the 13th century). The game is both a game by itself or can be played as an expansion to Cry Havoc. As a stand-alone game it has 5 scenarios and 2 maps (a camp and a castle). There are rules that cover a range of siege warfare tactics such as siege weapons, fire, breaching walls and scaling ladders. It is well suited for play-by-email format and can be adapted for decent solitaire play as well. The unit scale is one man to one counter. Each man (or woman! They are here too!) is generally represented by multiple counters or both sides of a single counter to portray healthy and wounded combatants as well as mounted and unmounted (including the horses) where applicable. Each counter has a nicely colored picture of each man with attack defense and movement values in addition to the name of the person depicted. Integrates with: Outremer The Cry Havoc series page contains information about the game system and history of the game including fan expansions.