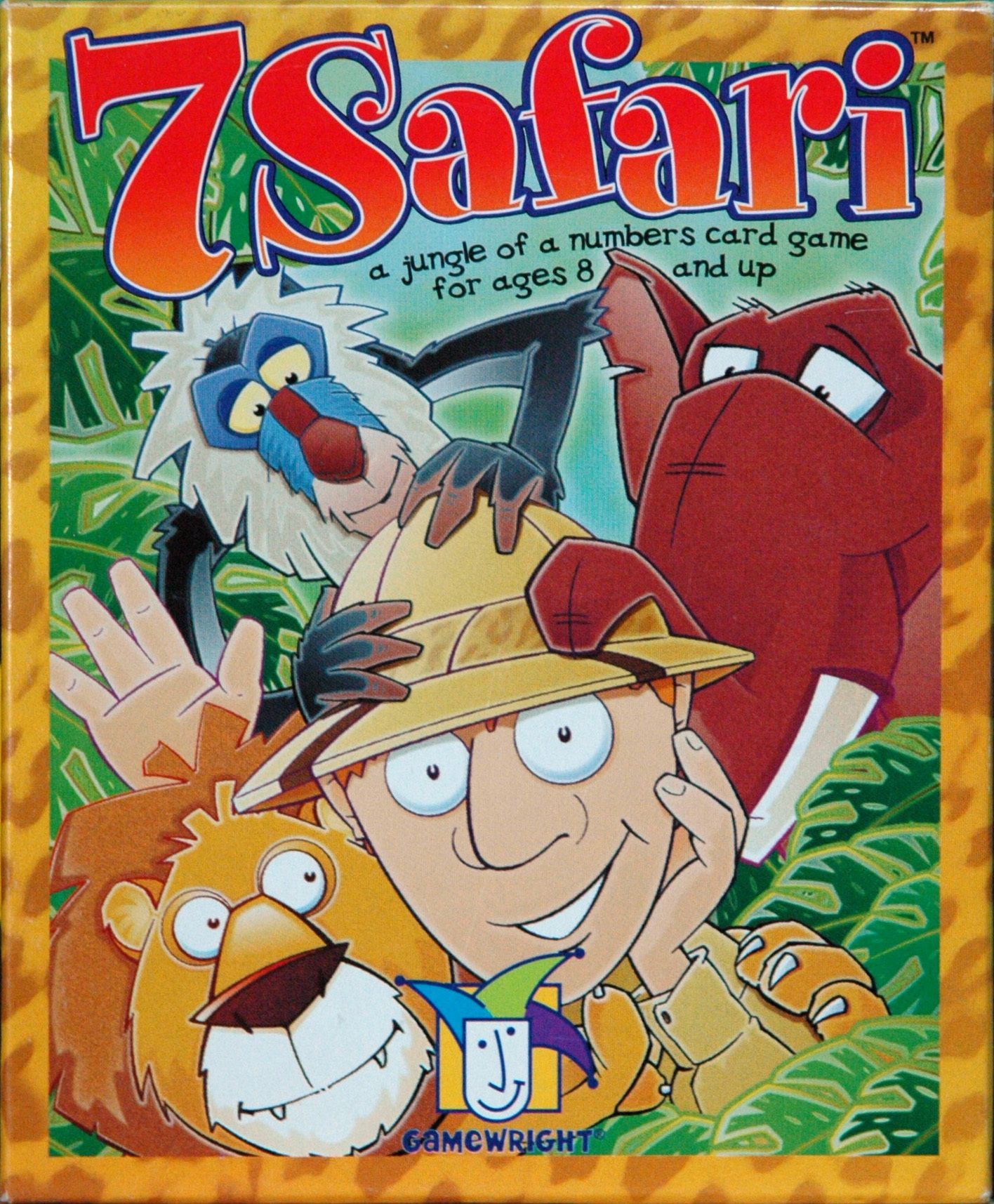 "Lions and Rhinos and Birds, Oh my!" In 7 Safari, players participate on a wild animal adventure. The mission of each player is to scout the jungle and collect as many different animals as possible, for as many points. You turn over a face-down card on a grid of cards, and replace it with a card from your hand. The catch is that each row and each column may never have more than one of each animal. Animals have different point values on their cards, and only one card will count positive points - more than one of a type will count negative points at the end. Hyenas, however are always negative. Originally Published in German as Alles für die Katz: The title means "Everything for the Cat" and may have an idiomatic meaning of "all for nothing." In Alles für die Katz The animals in the zoo are loose and players must attempt to collect one of each type out of a face down grid which represents the zoo, but must avoid collecting any black cats which do not belong in the zoo. Adults should be sure to use the Advanced Rules to ensure an interesting game. Otherwise, the rules are the same as the English version (7 Safari).