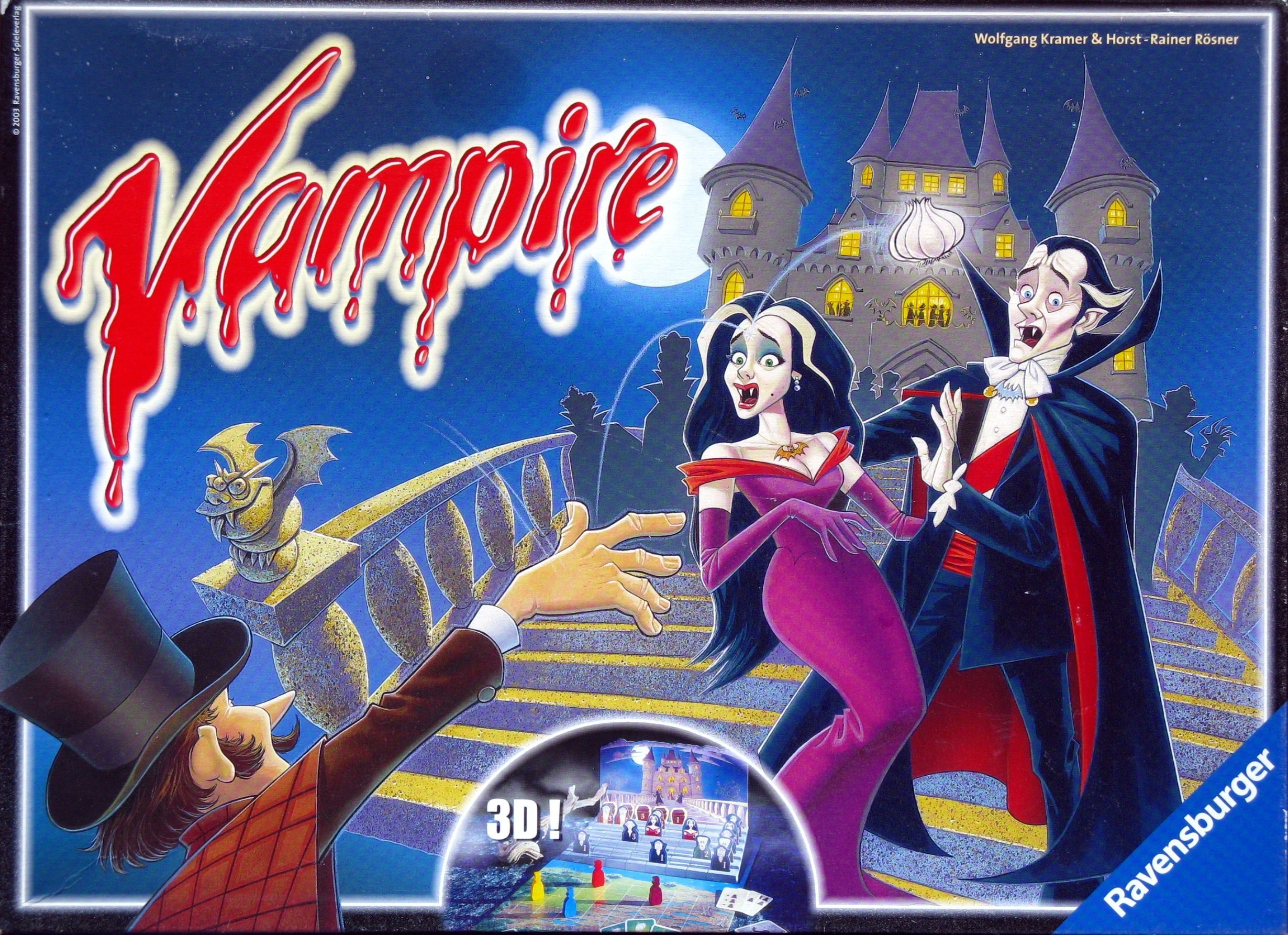 Die Nacht der Vampire is a casual game with a vampire hunting theme. Each player takes the role of a vampire hunter entering the grounds of Castle Gruselstein, Count Dracula's castle. The board features a unique, 3D design with one half the board containing the castle grounds and the other half containing the castle stairs and castle. The castle stairway is a molded plastic insert into the board with slots on each stair for the vampires to stand in vertically. At the back edge of the stairway, a cutout for the castle itself rises vertically from the board. The game setup includes populating the castle stairs with 11 vampires (6 castle guests, and 5 butlers). On each player's turn, they can take one of three actions: 1. Move their vampire hunter, then move the vampires, 2. Draw hunt cards, then move the vampires, or 3. Move the vampires, and then throw a garlic clove. Moving the vampires involves turning over a vampire card and sliding the number of vampires the number of spaces indicated on the designated rows. If the player throws a garlic clove, they declare how many hunt cards they would like to use, and then they turn over hunt cards one at a time. The hunt cards either move the garlic clove toward the vampires on the stair within the column or forces both the hunter and clove backward. If the clove reaches a vampire, the vampire is captured, removed from the stair, and replaced from the supply. When all vampires in the supply are exhausted, the Count is brought out. When the Count is captured, the game is over and the player with the most points in captured vampires wins.