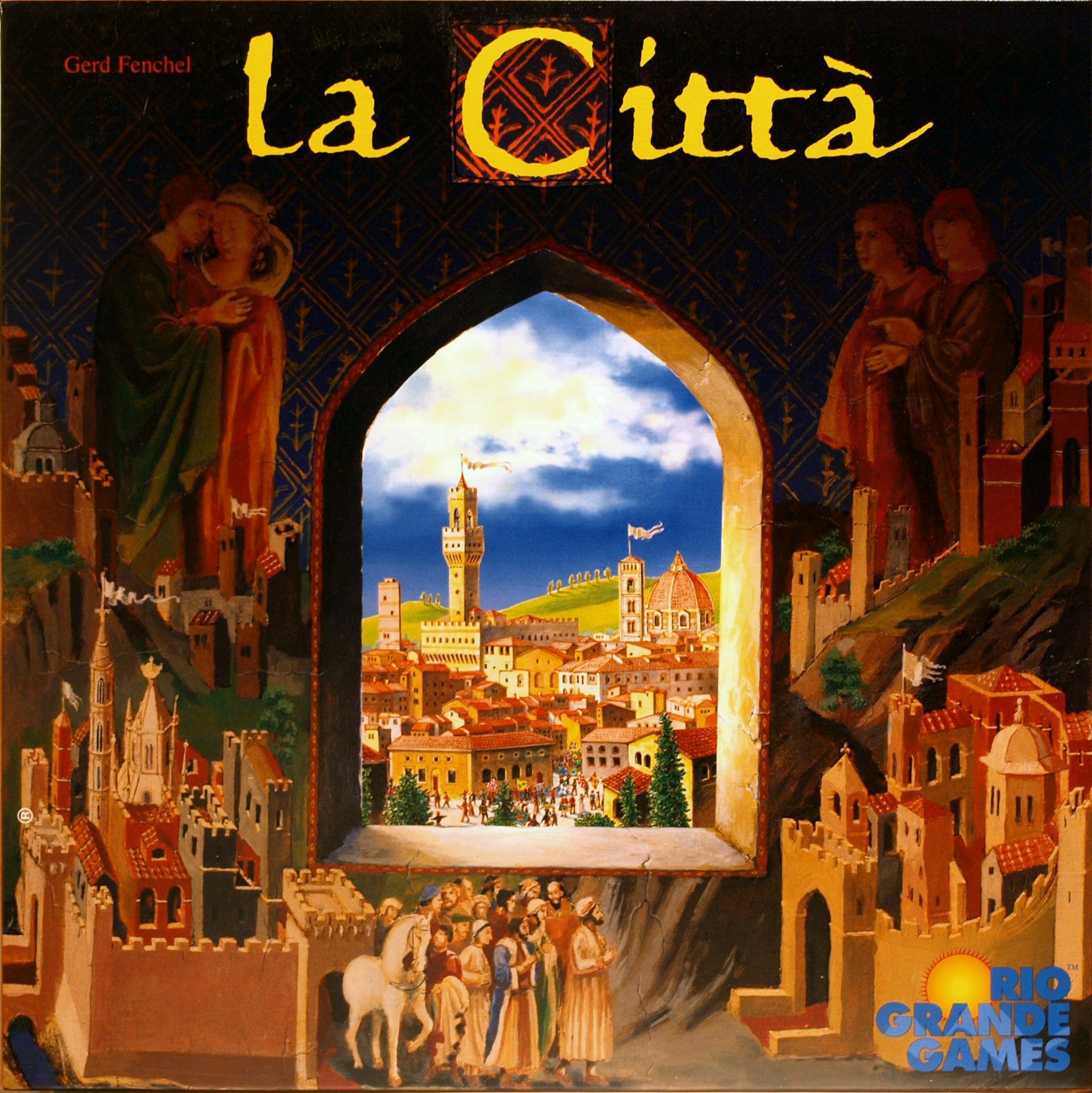 Set in the Italian countryside, this game features various city-states vying for population. Each player is given two cities to start with, and is charged with expanding the different aspects of the cities to attract larger populations. Players build farms to feed their people, quarries to finance their expansions, marketplaces to allow growth in their cities, and bathhouses to keep their people clean and healthy. Additionally, structures can be built that give the city influence in one of three categories. Superiority in one of these categories will cause population to shift from other nearby cities when the Voice of the People is decided at the end of each turn. At the end of six turns, the player with the most victory points, which are determined from well-rounded cities, well-fed populations, and overall size of population, will be the winner. Note: The correct pronunciation is like "Cheetah", but with the accent on the last syllable: "La Chee-TAH".