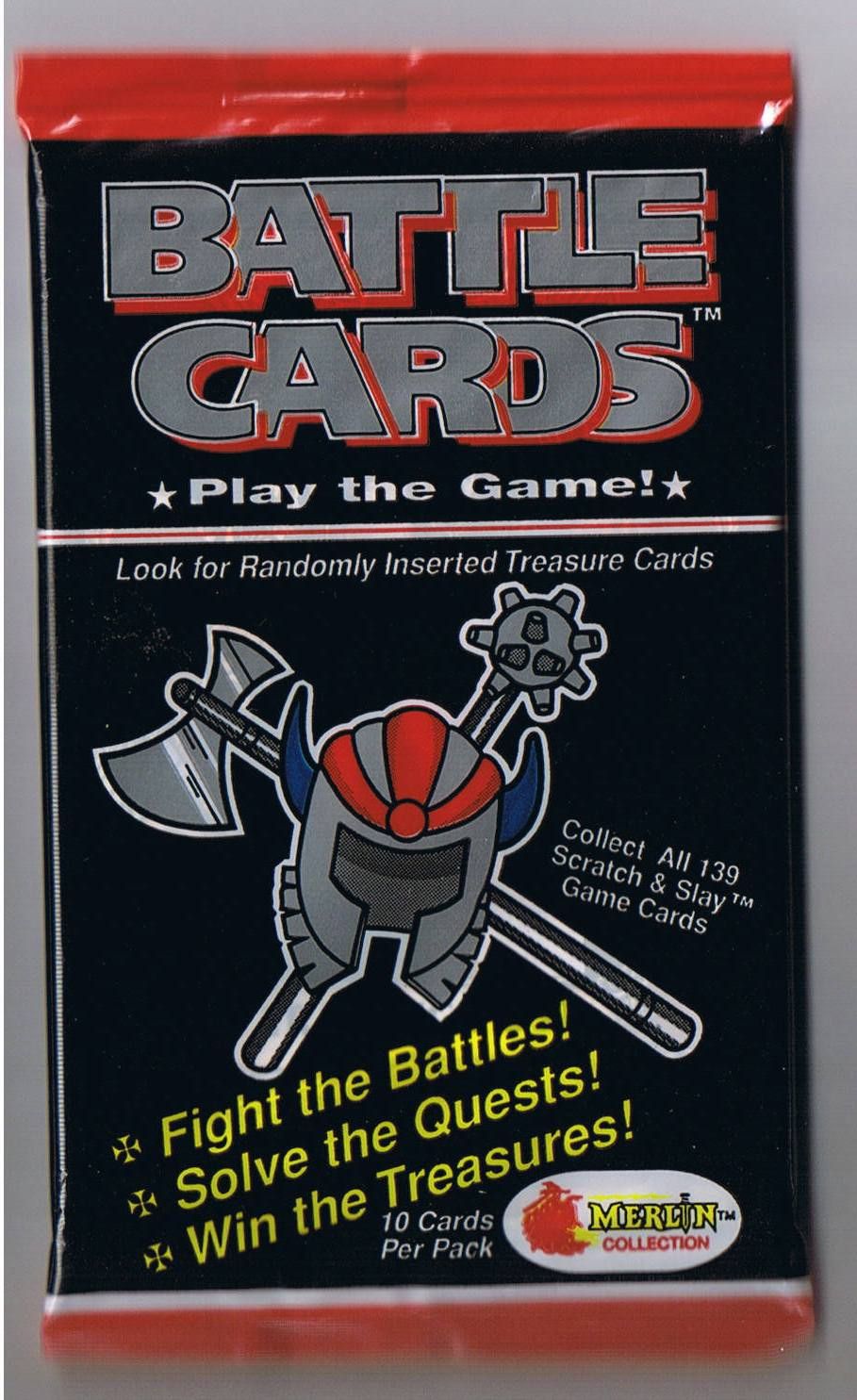 Battlecards are best decribed as a "scratch-and-slay trading card game" that preceded the popular Magic: The Gathering, and PokÃ©mon Trading Card Game craze. There were a great variety of cards arranged into types which included artist profiles, quests, tactics, advanced game rules, checklists, spells, and shields, but the main cards were Fighters. Each Fighter card had a series of 25 silver scratch panels around its main central illustration to represent locations of the body. For the basic game, players take turns to make an attack by scratching away a panel of their rival to reveal the symbol underneath. When enough wound symbols were found, one of the fighter's 'life' panels would be uncovered and a skull symbol signified his defeat. The dead fighter card would then be given to the winning player who could use the card's 'purse' (an amount of gold listed in the corner) to purchase 'Wondrous Treasure' cards by mailing Merlin with gold equal to the price agreed on a Trading Post card. Quest cards normally required collectors to study their cards carefully then send the correct ones to Merlin so they could claim a reward of gold. For example, to claim a token worth 100 gold, St. Charity's Quest required you to collect five men with no gold in their purses, which obviously required you to defeat them first. Lord Magnoble's quest was worth 200 gold if you identified the artists of the five unsigned pieces in his collection. Within the entire series there were 139 cards in the basic series, eight treasure cards (T1-T8), a checklist (card 148), card#149 and the final card #150, which you could only get from Steve Jackson himself. Buy Microbadge