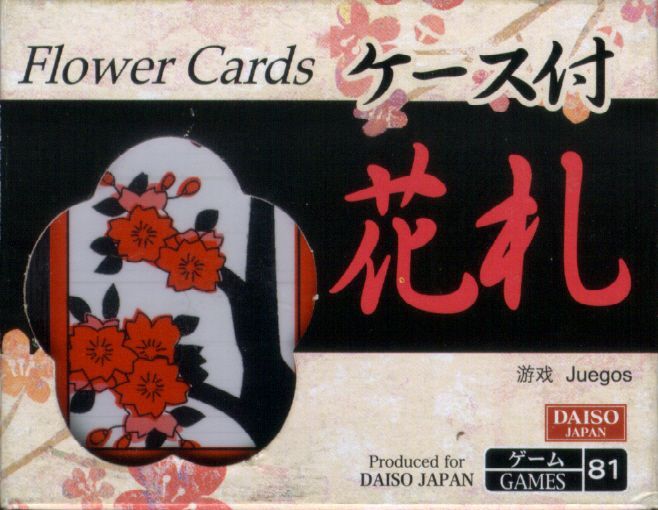 Hanafuda cards originated in beginning of 18th-century Japan. Legend says stewards of Edo Shogunate created it from Portuguese playing cards. A deck consists of forty-eight cards divided into twelve suits of four cards each. Each suit represents one of the twelve months of the year or individual plants (almost all flowers). The cards are small (about 1 x 2 inches), made from stiff cardboard, and are beautifully illustrated. Many different games can be played with a Hanafuda deck. The standard game was Hachi-Hachi (Eighty-eight), which resembles the Western game Casino, but is more complicated and subtle. The standard game now is Koi-Koi. Re-implemented by: Go Stop, the game using Hwatu (í™”íˆ¬, èŠ±é—˜), Korean Hanafuda.