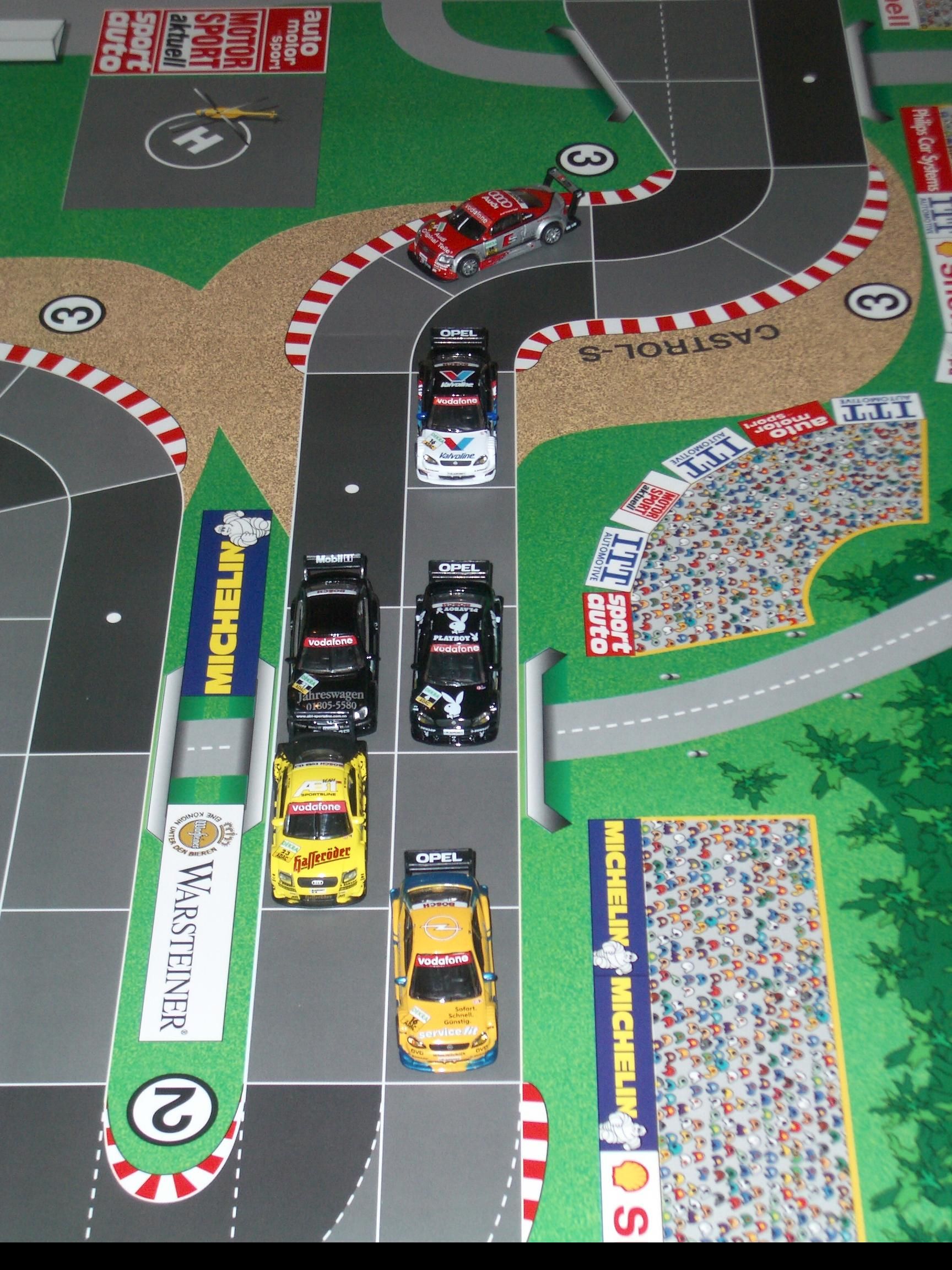 This racing game is packaged in a long, plastic tube. Included in the game are huge maps on large poster-sized sheets, a collection of miniature touring cars (complete with spoilers, hood ornaments, roll-bars and lots of other details), and dice. The cars are lined up and the race begins. Going in order from first to last, players have a choice of rolling one, two, or three dice. The first die is a special die with only 1's, 2's and 3's on it, but the other two are normal d6. The dice may be flipped to the opposite face. Before moving the car, the player must commit to the order that the dice will be used. The dice are then used to move your car. However, if you use a die for movement in a corner that's not rated for that speed, you'll get a driving error. Depending on the severity, you might have to journey through pit row on the next lap. Dice showing 2,3,5 allow the car to move diagonally, or else the car must maintain its lane. There is a drafting mechanism that entails following into specially marked spaces. All of this would make the game fairly computational and boring, until you time the players' turns and make the rule, "A die laid is a die played..." The original game came with the DTM Hockenheimring track and there are two subsequent maps to find or purchase, which includes the latest track released at Essen 2000. Expanded by: Nürburgring Oschersleben