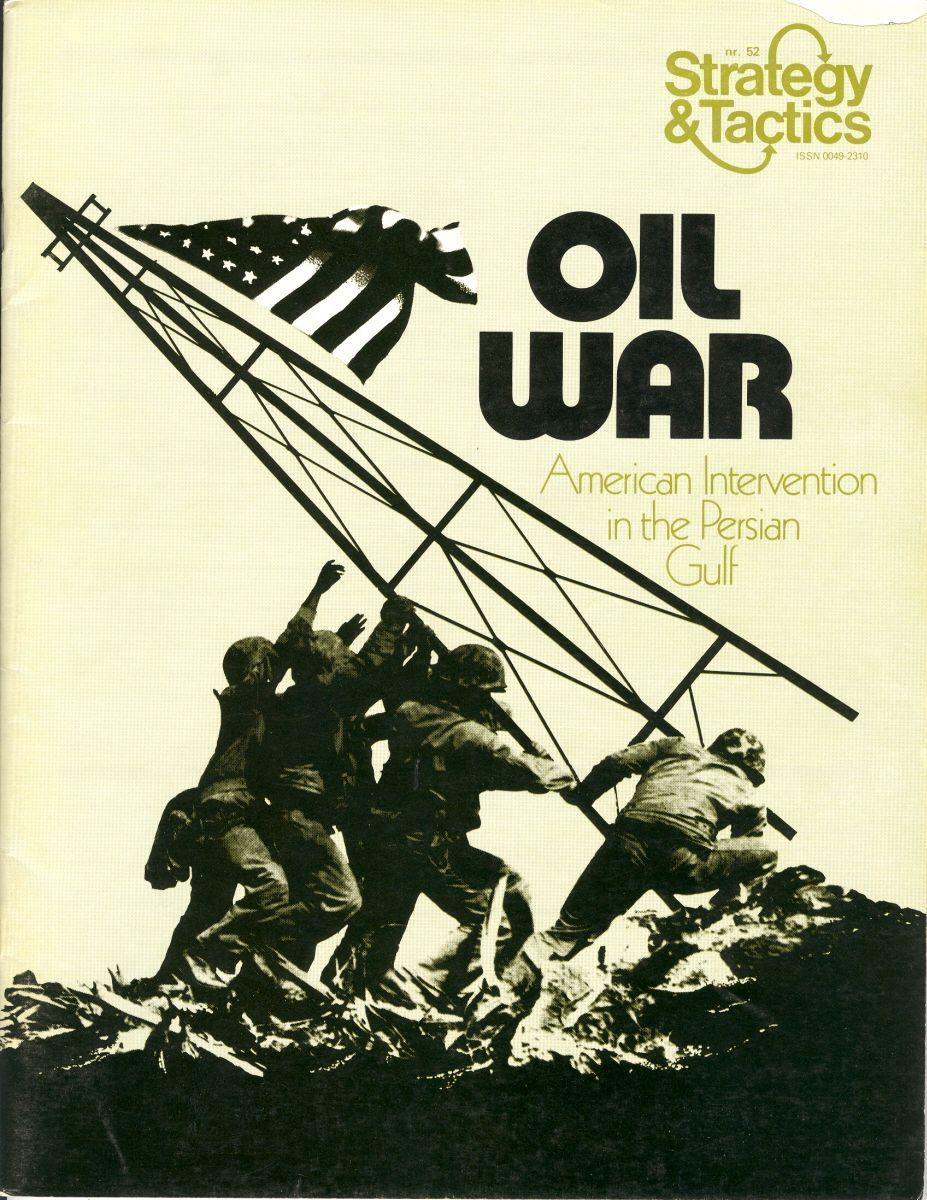 Oil War - American Intervention in the Persian Gulf, is a brigade/squadron-level simulation of a hypothetical attempt by the United States and various other nations to take over the oil-producing areas of the Middle East. The simulation is primarily of land and air conflict. The game covers an arbitrary period of conflict (sixteen days), in which the issue would be decided. A total of three scenarios are available from which the players may choose. In addition to appearing in Strategy & Tactics magazine #52, Oil War was also released as folio edition as well as a boxed edition.