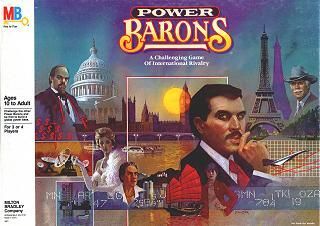 from the general Comment: This is essentially a card game. Cards come in four basic suits plus a special gray "political power" suit. The cards have values from 5 - 50, with the most cards in the middle of the range. In your turn, you challenge an opponent to a duel in one of the suits. You play a card in any suit (not necessarily the one you are challenging in) , then your opponent plays a card in the same suit. Players can alternately withdraw, or keep going. You then play a different suit - in the same manner, adding up your total score. The suit you challenged in counts double. If the defender withdraws, the challenger places a base (i.e. scores a point) on the defender. If the challenger withdraws, he just finishes his turn without scoring. However, the loser forfeits all cards played (redrawing, but perhaps taking poorer cards), and the winner holds his played cards, and takes the loser's cards into a pool which can score points. If no one withdraws after all four suits have been played, players may add gray cards in an attempt to take the lead. Ultimately, a player will pass or run out of gray cards, at which point the high score will win the hand.