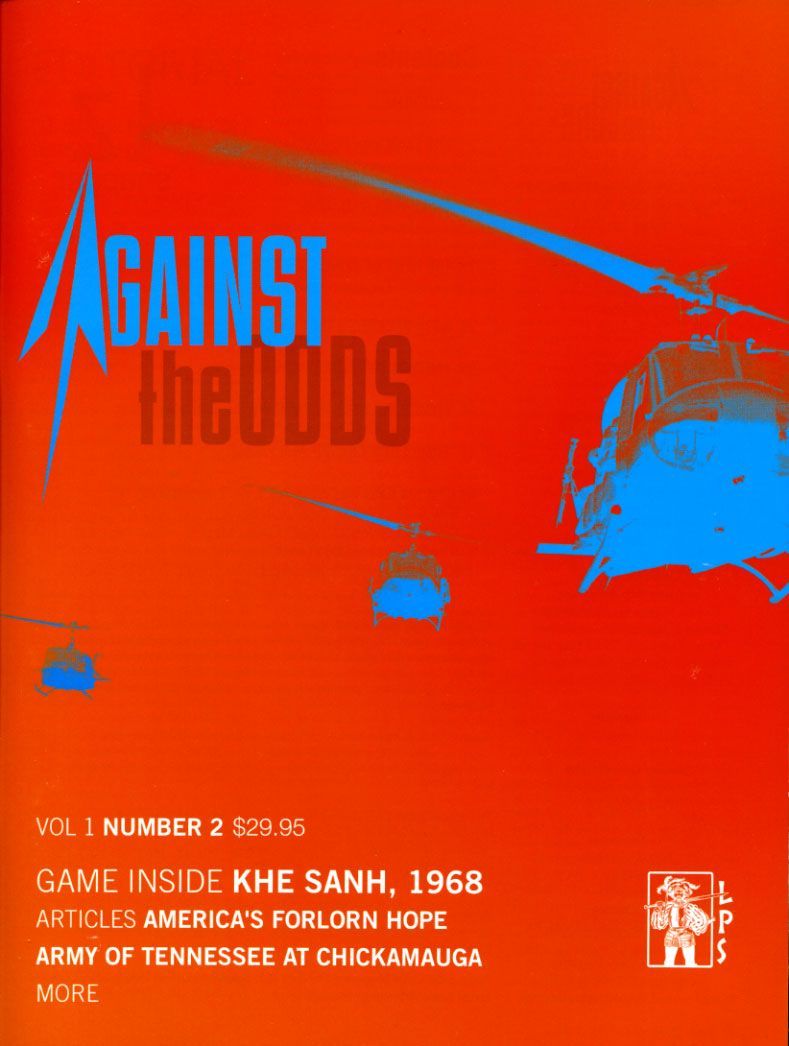 (from ATO web site:) The turning point of the American war in Vietnam occurred during the first months of 1968, a period framed by the Tet Offensive as well as the campaign featured here, the fighting for Khe Sanh. The region just below North Vietnam, Quang Tri province, was especially vulnerable to threats from the North Vietnamese Army (NVA) in the Demilitarized Zone (DMZ) and across the Laotian border. For almost a year the US Marines had been fighting to stabilize the DMZ region. Khe Sanh was the outpost intended to block and seal off the NVA's access to Quang Tri from the west, from Laos where many of their base areas were located. Other fortifications barred the DMZ. In early 1968 the NVA countered by assembling large forces around Khe Sanh, threatening a battle for the place. The American command focused its attention upon Quang Tri, and even more, Khe Sanh. The ensuing campaign pitted South Vietnamese and American forces, at the peak of their combat efficiency, against a tough NVA enemy. At stake was victory in the Vietnam War. Khe Sanh, 1968 game Full color 22"x34" map 200 full color die cut counters Rulebook length - 16 pages Complexity - Medium Solitaire Suitability - Low