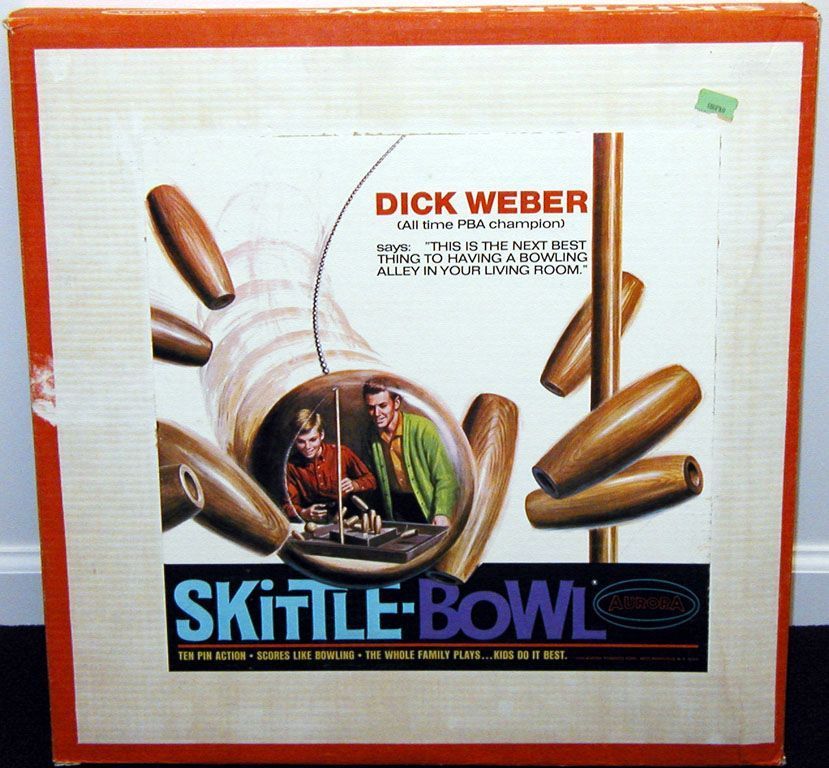 Based on the ancient game of Alley Skittles or Nine Pins -- whose American descendant is Bowling -- this game was transformed into a table-top game in the 1700's so that no throwing alley or bowling lane was needed. The nine pins stood on a table and players took turns swinging a ball on the end of a chain so that it swung away from the playing field and then knocked down the pins on its return. Since this version could be played indoors and yet saved on pub space, it has been known as Bar Skittles. When in 1783, dragoons put down a riot (caused by a dramatic play insulting to tailors), newspapers described the dragoons as a ball going through skittles, causing the game to become known as 'Devil Amongst the Tailors'. Revived as a family board game in 20th century United States, children were thought to get the hang of table-top skittles quickly and end up better than adults. All-time PBA Bowling champion Dick Weber endorsed the game as "the next best thing to having a bowling alley in your living room".