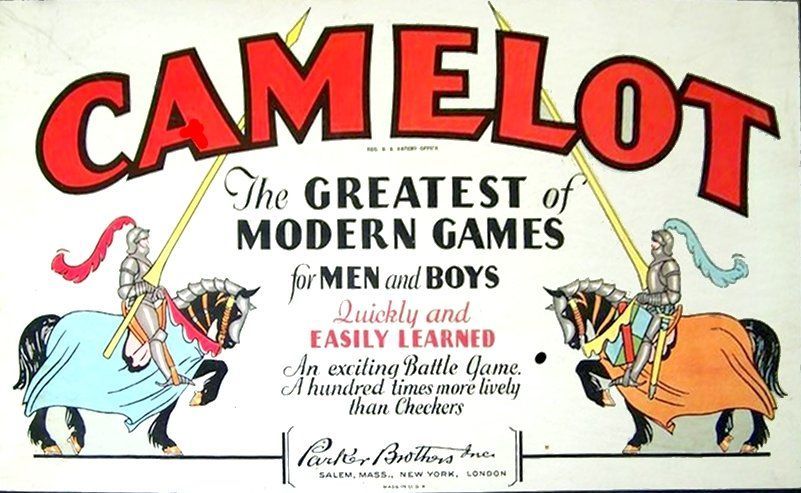 Chivalry was first self-published by George S. Parker in 1888 and he called it his favorite game. In 1930 it was scaled down, re-named Camelot and published by Parker's company, Parker Brothers. Minor rules changes were implemented in 1931. The object is simple: move two pieces into your opponent's goal or eliminate all of your opponent's pieces. In a matter of minutes, you'll learn the moves. The Jump. The Capture. And the Power Play. The rest is up to you. Make your moves courageously or cautiously. But always be on guard. One move can quickly change the entire complexion of the game. Current World Camelot Federation rules of Camelot define one of the objects of the game as capturing ALL of the opponent's pieces while retaining two or more of your own. Re-implements Chivalry Re-implemented by: Cam