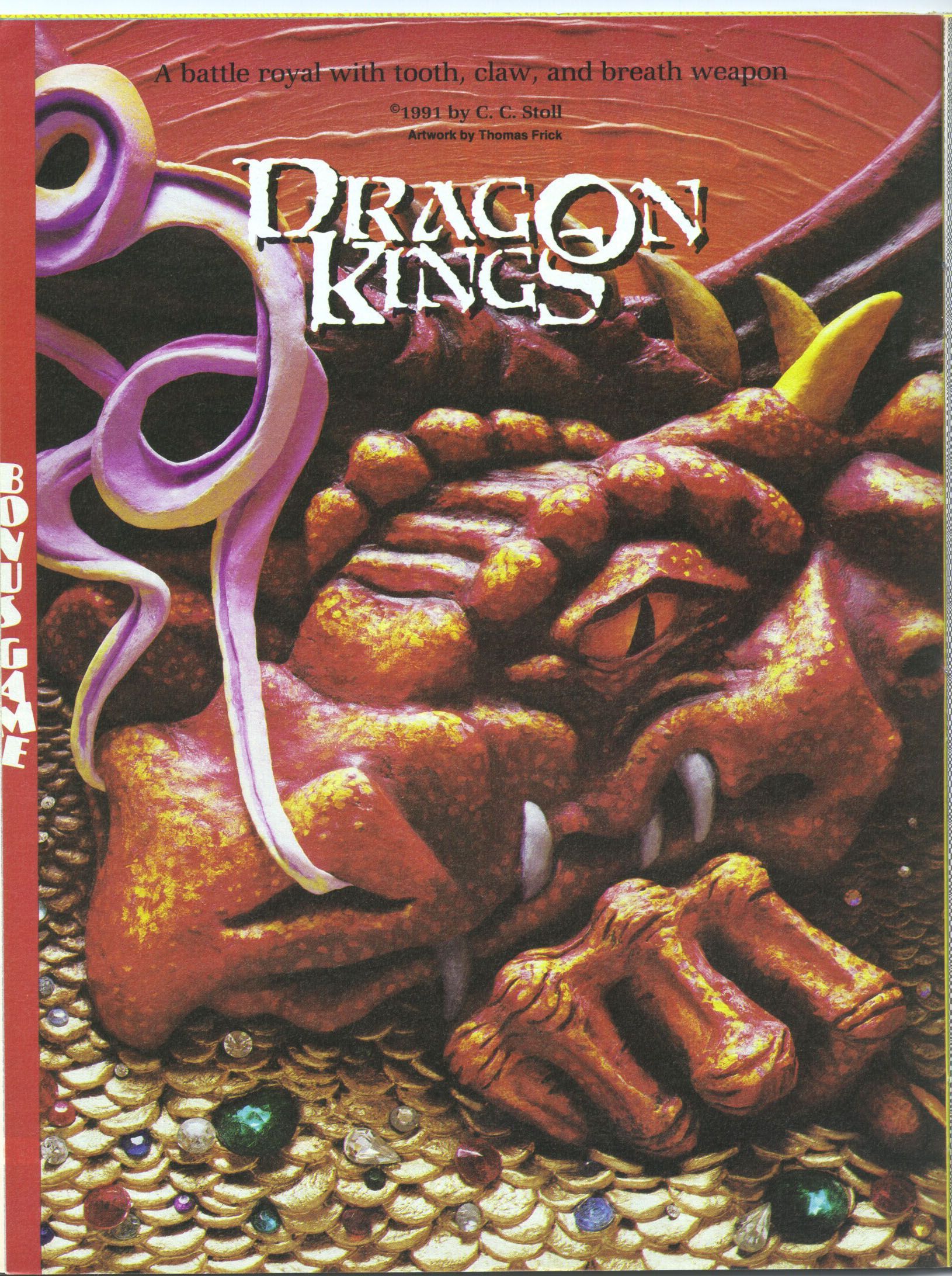 The Dragon Kings game depicts war between four clans of dragons. It is a game for two players, but it can also be played by three or four. One player commands the Black Dragons and their allies, the Red Dragons (who appear as reinforcements). The other player commands the Green Dragons and their allies, the Blue Dragons (who appear as reinforcements). The object of the game is to defeat both of the enemy clans by eliminating all of their dragons or by occupying their home caverns. Published in Dragon Magazine #170