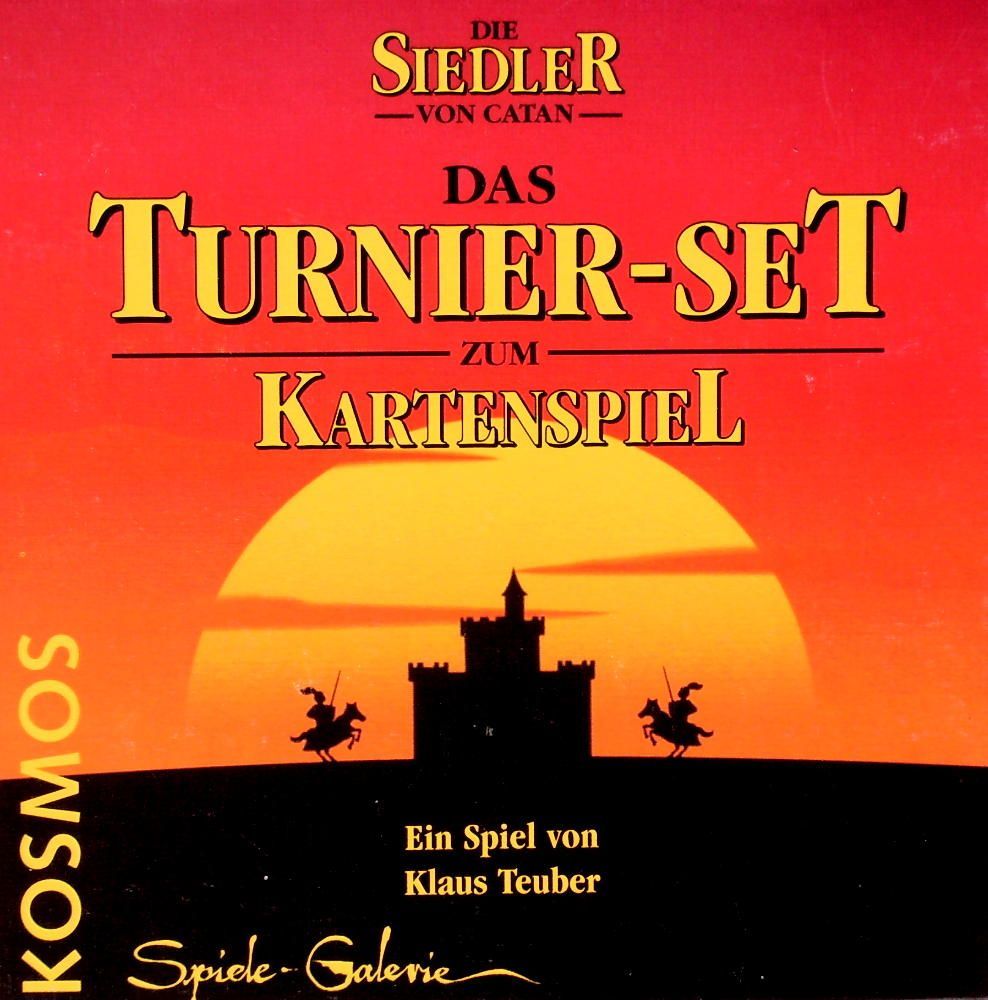 The first expansion for the Settlers of Catan Card Game. It contains 57 cards, most of them new (and a few duplicates of cards from the base game). It was later split into the smaller expansions Wissenschaft & Fortschritt (Science & Progress) and Ritter und HÃ¤ndler (Knights & Merchants). For the tournament game, both players need a copy of the base game and of this tournament expansion. Before the game, each player builds his own deck from the available cards: a starting hand of 3 cards, and another 30 cards that form 4 draw stacks. The event deck is constructed by five fix cards, and another 4 cards choosen by each player. Gameplay is unchanged from the base game, except that each player only draws from his own supply stacks. As a variant, rules for an expanded base game without deck building are included, for which only one copy of base game and expansion is needed. Belongs to the Catan Series. Expands: Catan Card Game