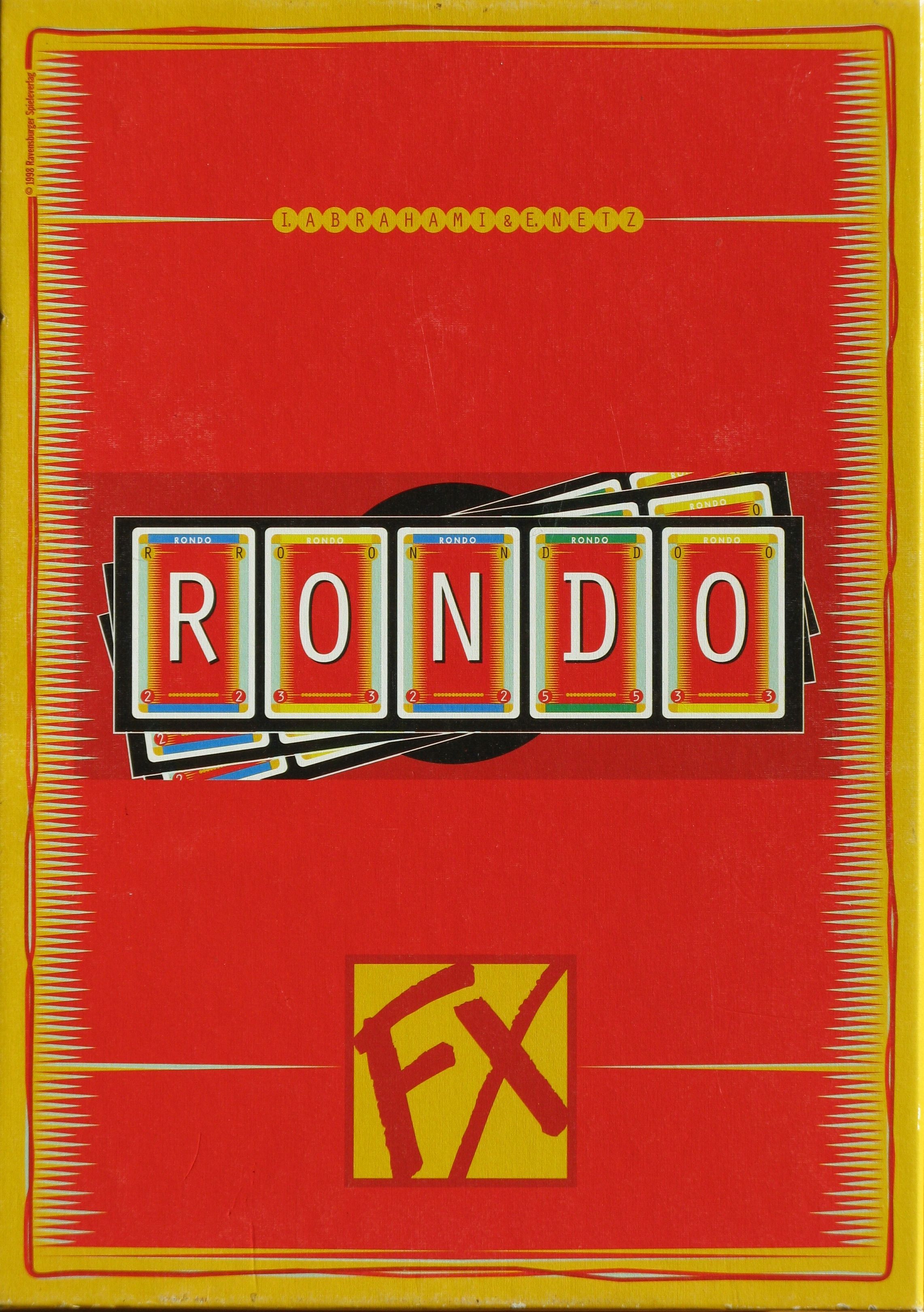 Rondo is a German card game where players must construct words from drawn cards. Goal Earning the most points by constructing words from letter cards. Game play The 110 cards are shuffled. Most of them show a single letter and a point value, which is the higher the more rarely that letter is used in the German language. There are also joker cards (can be used as any letter), and delete cards (can cover up letters at the start or end of a word). Each player gets 7 cards. The expandable card holder, in which the letter cards are placed to form words, is set to three slots (maximum length is 9). To determine a start player, each player tries to form a three-letter word from his/her cards. The player whose word has the highest point value puts a three-letter word into the card holder, his/her points are written down and he/she refills his/her hand to 7. Players then take turns building words from their letter cards. Turn length is determined by a sand timer. Rules for building words: A new word is constructed by putting cards over the previous word, or by adding an additional letter. The new word must be at least three letters long. The new word can be up to one letter longer than the previous word. At least one letter from the previous word must be re-used. Creating a new word by adding only a delete or joker card is a valid move. A player can exchange cards from his/her hand for cards from the draw deck at a cost of -2 points per card. If a player manages to create a new word before the timer runs out, he/she gets the corresponding points. Bonus points are given for using three or more new cards. A player who couldn't create a new word gets an additional card. At the end of his/her turn, a player always refills his/her hand to 7. The game ends when the draw deck has been exhausted and a player has no cards left, or all players have passed once. Players add up their points from all rounds. Remaining hand cards count negative points, according to their point value. The player with the highest total wins the game.