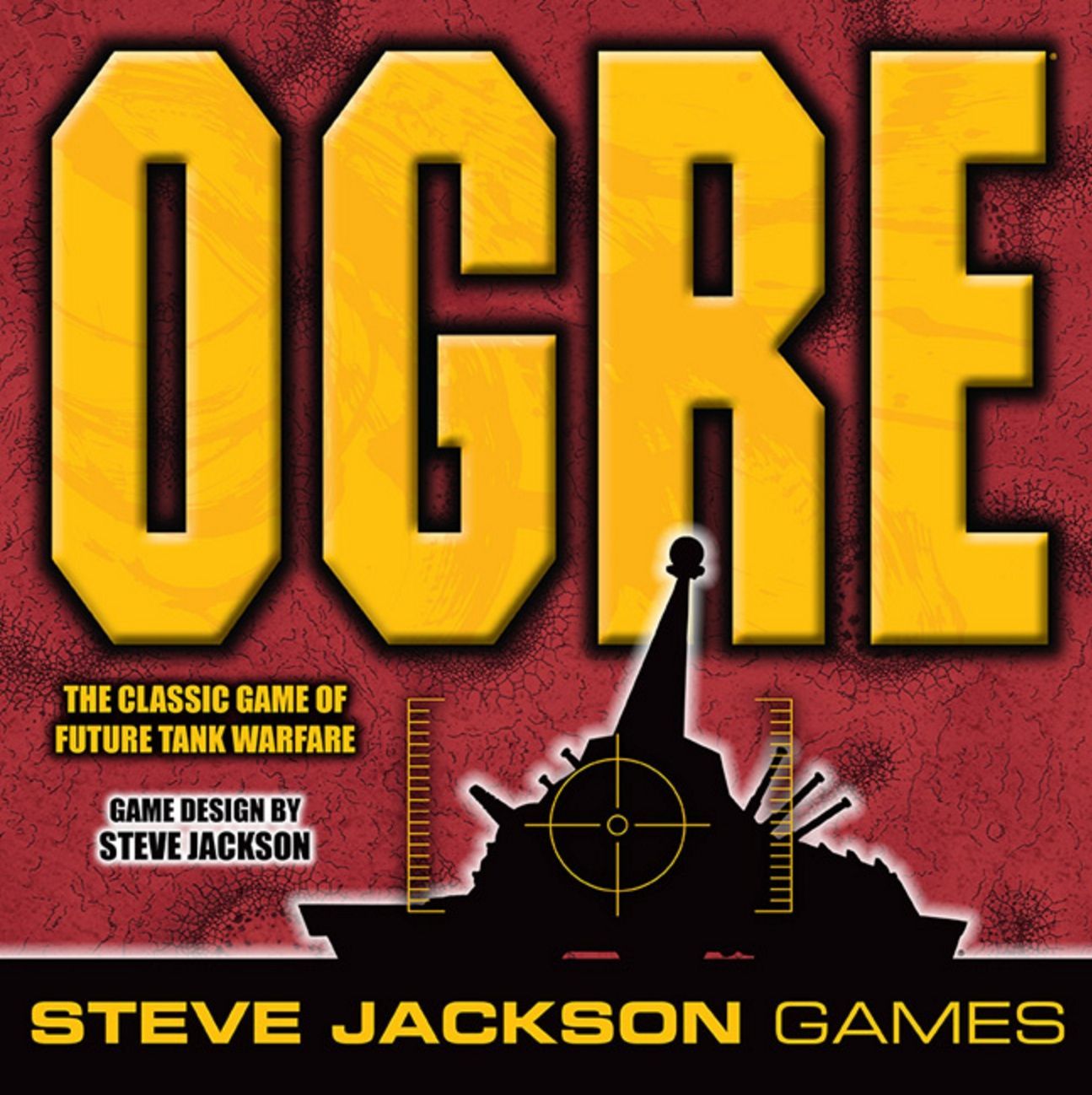 OGRE and its sequel G.E.V., are tactical ground combat games set in the not-so-distant future. In 2085 A.D., armored warfare continues - faster and deadlier than ever. Hovercraft, tanks and infantry slug it out with tactical nuclear devices. But the most feared weapon of all needs no human guidance. It's a giant cybernetic tank called the OGRE. The basic OGRE game gives one player a force of infantry and armor, and a command post he must defend. The other player has only one unit - but it's an OGRE. It's an even match. Advanced games allow solitaire or multi-player action, with OGREs on both sides. Microgame #1 in the Metagaming Microgames series, and the original release of Ogre. Origin of the Ogre/GEV Family. This is an entry on RPGG: GURPS Ogre includes character and vehicle descriptions, a future timeline, a discussion of the world of the Ogres, and the Armor Unit Combat System, a quick way to resolve battles involving player characters and get back to the roleplaying!