The Lords of Underearth - Universal Statistics 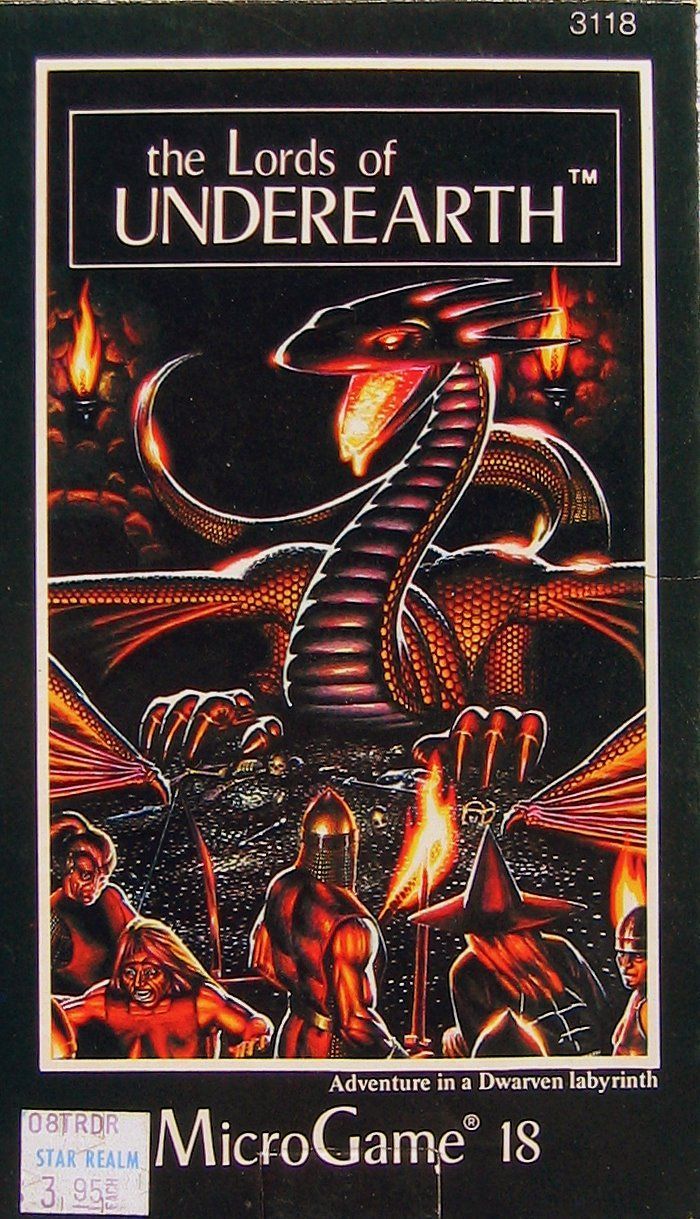 Microgame #18 in the Metagaming Microgames series. From the box: Underearth is the ancient stronghold of the Dwarven Lords. This game covers the earthy realms' full history: from the height of Dwarven power to its decline in the days of dragonfire and destruction. Here, you will lead bands of Humans, Dwarves, Orcs and monsters on raids, wars and treasure hunts. 'The Lords of Undereath is a two player game of fantasy tactical combat in an underground labyrinth. The rules cover solitaire play, surprise attack, pursuit, morale, locked doors, sentries, flight, treasure, mercenaries and even uncontrolled movement. This game is a complete simulation of fantasy combat at the group (skirmish) level. Lords of Underearth definitely pays off on its promises and then some. It's easy to learn. It plays fast. The board is geomorphic which helps replayability. Solitaire play actually works. Four clever scenarios are presented, all of them are fun, like the one that sure reminds us of Smaug and the Lonely Mountain or another that is suspiciously similar to the battle at the Bridge at Khazad-dûm. It's also compatible with Wizard & Melee and The Fantasy Trip, although you'd never want to play it that way. This game republished in supplement of Japanese TACTICS magazine #54.