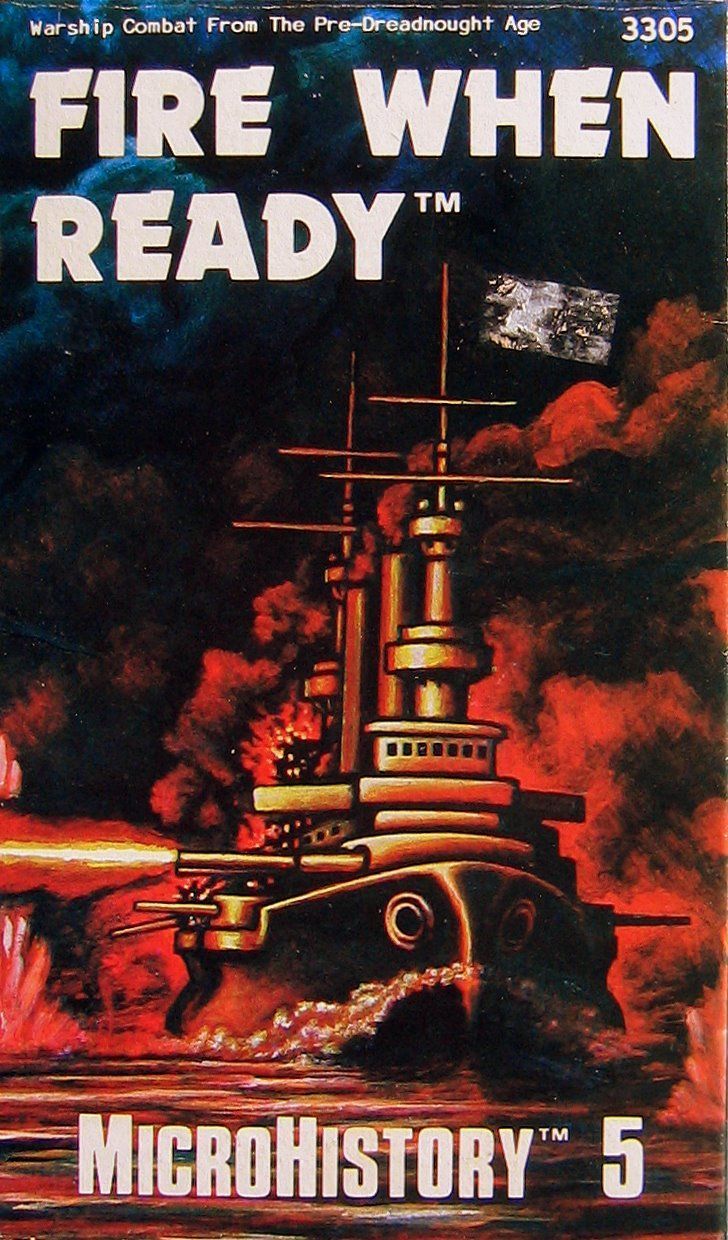 MicroHistory #5 in the Metagaming MicroHistory series. From the 1870's until 1906 was the age of pre-dreadnought battle wagons. The USA, Britain, France and other great powers began to build large navies of advanced ironclads. Fire When Ready explores this neglected era, allowing players to assemble fleets of battle wagons, cruisers, destroyers and torpedo boats. From back of the box: You Command in an Age of Valor... Naval battles have always been a bloodbath. Brave men desparately fight their proud ships amidst shell-fire and death. Before air-craft carriers, before Battleships, before Dreadnoughts there was an age of iron and coal and steam, of guns and men and death as sailors learned the new future of iron ships at sea. Fire When Ready puts you in command of those ships. From Manila to Tsushima you command in a playable, fast-paced recreation. Fire When Ready has two player, solitaire, and multi-palyer scenarios with basic and advanced rules. Scenarios cover Britain vs. France, Germans vs. Dewey, the Chinese vs. Japanese Battle of the Yalu, U.S. vs. Spain at Santiago, and Russia vs. Japan at Tsushima. Components: Rules, Map, Ship Counters