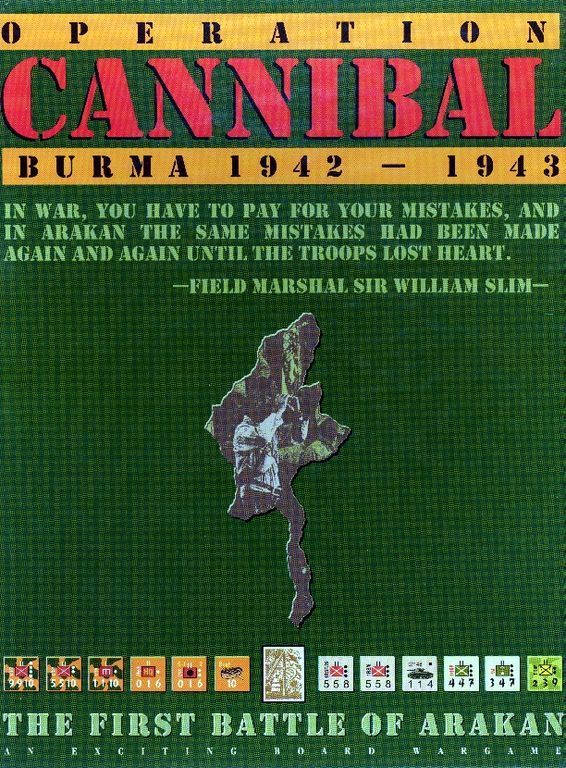 Operation Cannibal simulates the battle of Arakan in Burma during 1942-43. It uses a multiple impulse system where impulse chits are drawn and the player whose chit is drawn may perform actions which may be limited due to the restrictions of the chit drawn. Operation Cannibal is a fast-paced two player wargame that reproduces the circumstances, the events, and the forces that fought the fiercest of the Commonwealth jungle operations during WWII. The game system simulates the various battles and conflicts of the combat operations from December 1942 until April 1943. The game scale is 4 Km per hex, while turns represent one day, and there are 140 counters representing companies and battalions. There's the Campaign game starting with the initial Commonwealth push into the penninsula, with three shorter scenarios. Optional rules for amphibious assaults, evacuation by sea, Fog of War, random impulse selection, and the British 29th Brigade.