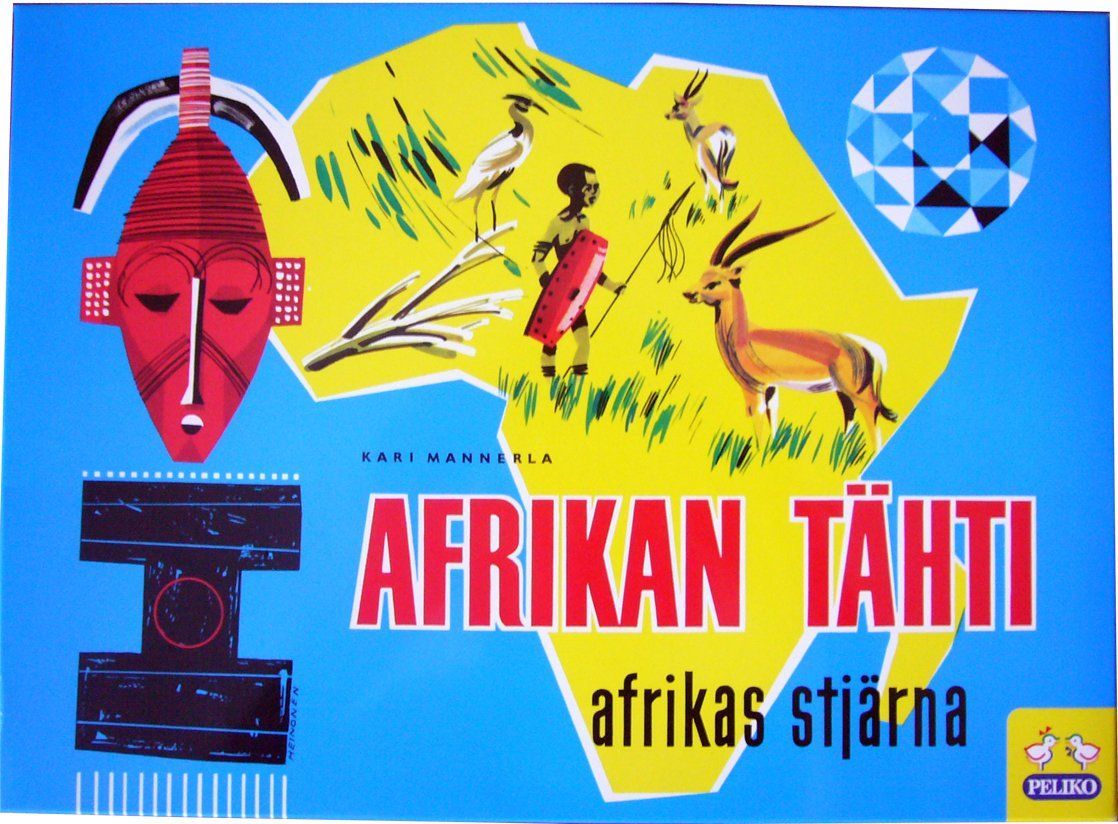 Afrikan tähti ("Star of Africa") is the most important Finnish board game ever. Designed in 1949 by then 19 years old Kari Mannerla and published two years later in 1951, it has sold over 3.5 million copies since, half of them in Finland. There's one in almost every home in Finland. Players start in either Cairo or Tangier and start exploring Africa, trying to find gems. The main objective is to find the legendary giant diamond, Star of Africa. However, when flipping the tokens, players cannot know what they will find: nothing at all, some lesser gemstones or even a robber stealing their money and slowing their progress. When someone finds the Star of Africa, a race begins. The player with the diamond tries to deliver it back to Cairo or Tangier, other players try to find a horseshoe - a token discarded with no value before, now a key to victory. Winner is the player who reaches Cairo or Tangier first, carrying either the diamond or a horseshoe. A rules amendment, which prevents a player being stuck on an island and effectively out of the game, was only added in 2005. The first official expansion, Afrikan tÃ¤hti: Retkikunnat, was published in 2014. This could be a record - a game being expanded for the first time, by the rights holder, 63 years after it was first published. Re-implemented by: Inkan Aarre